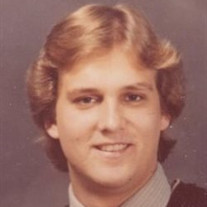 Matthew Harold Dicke of Cleveland Heights, OH passed into eternal rest March 26, 2015, after a long and courageous battle with cancer.

Matt was born in Glen Ellyn, IL August 5, 1962, the beloved son of the late Harold and Ellen Dicke. He moved with the family to Cleveland Heights in 1972 and graduated from Cleveland Heights High School in 1981.

Matt had many loves in his life; first and foremost his family. Matt loved time spent with his parents, siblings and nieces and nephews, including his three older sisters, Jennifer Fisher (John) from Newnan, GA, Rebecca Lutz (Craig) from Valparaiso, IN, Sara Dougherty (Thomas) from Mt. Lebanon, PA, and his younger brother Andrew Dicke (Ann Marie St. John-Grover) from Clifton Park, NY. He was the devoted "crazy" Uncle to his nieces and nephews, Dan, Bill, Sophie, and Claire. Matt shared special times with his nieces and nephews, sharing adventures and providing another generation of stories to tell.

Matt would do anything for his mother. He used his expertise and knowledge to build a beautiful gardening shed in her backyard. The shed could have won awards for the detail and craftsmanship; it was the size of a small apartment!

The Dicke family shared many happy memories at the family cottage on Lake Osakis in Minnesota playing games, spending time with grandparents, uncles, aunts and cousins, and most of all skiing from the "yellow boat". In more recent years he loved taking vacations at Brant Lake, NY to continue the tradition of boating, skiing, and having fun at the lake.

Matt also had a love of older vintage cars and he could often be seen cruising around town in one of his "beaters", a favorite being his 1972 Buick Electra 225 "the deuce", while cranking B.B.King and other blues - the blues needing to be cranked to be heard over the rattle of the engine.

Matt worked in the construction trades, taking great pride in his range of skills. Most notably his talent for plaster work; having honed the skill to make old crumbling plaster walls and molding look brand new again.

The Dicke Family received wonderful help from so many caregivers through Matt's battle. We would like to offer special thanks to Dr. Henry Blair and his staff at the Radiation Oncology Dept. at the Cleveland Clinic, and Christy Soltay and Charlena Thomas both of the Cleveland Clinic Hospice Organization. They are truly wonderful angels.


PDF Printable Version
To order memorial trees or send flowers to the family in memory of Matthew Dicke, please visit our flower store.