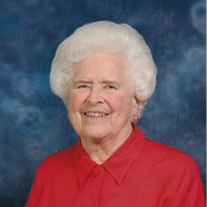 
Mary Carolyn Powell (nee Powers) was proud to have been born in Cleveland, Ohio, and to have lived all but a few years in Northeastern Ohio.  She was born on October 28, 1926, the only surviving child of John C. Powers of Urbana, Ohio, and Carolyn Tobin Powers of Pittsburgh, Pennsylvania.

Her parents were students at the University of Notre Dame and Saint Mary's College, respectively, when they met. After graduation her father spent three years as a post-graduate exchange student at the University of Chile in Santiago, where he developed a life-long love of the Spanish language.  Upon his return, her parents married and settled on the East Side of Cleveland in what is now the University Circle area.

John C. Powers went into the real estate business with his brother, Raymond, in a small office on 107th St. near Euclid Avenue from which they extended their interests to suburban real estate in Lake County and Geauga County which were in 1925 called "the country."

Carol, as she was known, was born in St. Ann Maternity Hospital, then near 55th and Scovill, and was baptized in St. Agnes Church, which was at that time considered the finest example of Renaissance church architecture in the country. She received her first Holy Communion and Confirmation while a student at St. Philomena's School.  The family lived in several locations in East Cleveland before Mr. Powers built a home on Eagle Road in what was then called Willoughby Township, now Willoughby Hills.

During the years Carol was in grade school, typically during winter months her parents had her excused so she could accompany them in traveling by car to visit her mother's relatives in Portland, Oregon, and her father's brother's family in Tucson, Arizona. She kept up with her schooling by attending classes in Portland or Tucson with her cousins.  She became a seasoned traveler at an early age.

Carol continued her education at James A. Garfield Elementary School and then at Willoughby Union High School where she graduated as valedictorian in 1944.  She followed family tradition and attended Saint Mary's College in Notre Dame, Indiana, graduating in 1948 with a bachelor's degree in English.

While a student at Saint Mary's she met Robert W. Powell of New Albany, Indiana, who matriculated at Notre Dame after completing 35 missions as a B-24 pilot in the European theater during World War II. The couple married on May 7, 1949.

The family's early years were spent on Red Fox Pass in Willoughby Township, where their three daughters, Mary Ann, Margaret and Nancy were born.  Bob was transferred to Dayton, Ohio, by his employer, Allstate Insurance Co.  While in Dayton, sons John and Thomas were born.


They returned to Cleveland in January, 1958, to live in the present family home in Shaker Heights. There were born Robert, Jr., Mary Carolyn (deceased), James, and Richard.  Carol's mother moved from Willoughby Hills to Shaker Heights in 1964, and she was also a member of St. Dominic's Parish until her death in 1984.

Because Bob traveled regularly throughout the State of Ohio as Allstate's Sales Manager for the state, Carol's activities were limited to home-making and volunteering at St. Dominic Church and School. She continued throughout her life to be active in the Alumnae Association of Saint Mary's where she served on the Alumnae Board of Directors from 1992 until 1998.

Bob and Carol made their first trip to Europe together in 1968, and they became avid travelers thereafter. During the years they found pleasure and growth in travel and visited a total of 69 countries, including a trip around the world, with long-time friends, Dick and Marie Putt of Cincinnati.  In 1999, they celebrated their 50th wedding anniversary by taking their children, the children's spouses, and their grandchildren on a Caribbean cruise.  During the cruise they renewed their wedding vows at a Mass celebrated by Most Rev. Martin J. Amos, who was then Pastor of St. Dominic's Church and who is now Bishop of Davenport, Iowa.