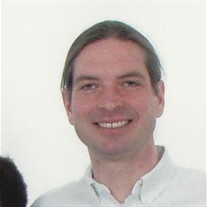 Martin worked at Bell Labs (Bellcore), worked in neurology computer development for The Cleveland Clinic, was the Senior Technical Director for Net Genics and for twelve years was the Director of Operations-AG Interactive for American Greetings.

Martin was an active volunteer for the Boy Scouts of America and a passionate supporter of internet freedom and security.