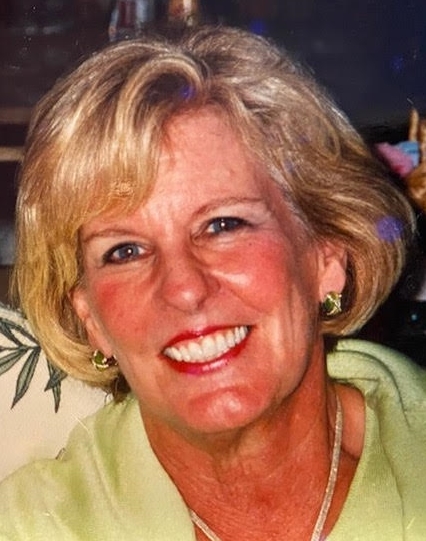 Marsha was born on November 21, 1939 in Shaker Heights, Ohio.  Marsha brightened every room from her earliest days.  She graduated from Beaumont School for Girls in Cleveland Heights, Ohio in 1957 and advanced to Miami University in Oxford, Ohio. There she majored in Elementary Education, joined the Delta Gamma sorority, and was introduced to the love of her life, Joe Sarakaitis.  The couple thrived in Greek life, established life-long friendships and Marsha received many a serenade of "Sweetheart of Sigma Nu" from Joe, a Sigma Nu Classic.

Married in 1962, at Fort Gordon, Georgia, the couple set off on what would become a wonderful adventure building a family and making friends against the backdrop of many U.S. military bases.  Moving every few years, favorites included Fort Bragg, Fort Leavenworth and Fort Meade.  Marsha was the quintessential Army wife, raising their four children while Joe served two tours in Vietnam.  When Joe was in commanding officer positions at Fort Meade, Marsha was involved in many military and civilian community activities.  Marsha was also a tireless advocate on behalf of her youngest daughter Cathy (born profoundly deaf) when she enrolled her in a first of its kind preschool at Gallaudet College for the Deaf in Washington, DC.  Marsha and Cathy together learned how to communicate via Cued Speech at age 2.  Marsha later became very involved at St. Joseph's Institute for the Deaf in St. Louis, MO while Cathy attended school there K-8.

While living at Fort Leavenworth, Marsha discovered her passion for antique collecting.  She had a particular fondness for Tiffany lamps, depression glass, Coca-Cola memorabilia, decorative pill boxes and a special carousel horse rescued from an attic.  Her home was filled with treasures, each with a magical story behind it.  Marsha was an outstanding military wife.

Upon Joe's retirement from the military in 1988, the couple settled down in Marsha's hometown of Shaker Heights to raise their children, spend time with Marsha's mother and her siblings.  She and Joe were active members at Shaker Heights Country Club, where Marsha was an avid golfer and a favorite partner of many lady golfers, especially her sister Mary Anne, and a favorite guest of many legendary Christmas parties.  They are longtime members of the Church of the Gesu.  Marsha was very active in the Beaumont Alumni Association, remaining close over the years with her many friends from the class of 1957.

The couple's passion for traveling extended far beyond their military lives, with frequent trips to Bemus Point, NY; summer family vacations including Emerald Isle, NC, Virginia Beach, VA, Costa Rica and Jamaica; and a multi-week trip to China and later to Italy.  A long-time lover of Naples, FL, Marsha and Joe purchased a condo in Coquina Cove in 2002 and have enjoyed long winters with their fellow snowbird friends.  Marsha could often be found exploring art shows, the farmers market and poolside, surrounded by magazines and sharing her Costco favorites.

Marsha was best known by friends and family alike for being the life of every party, in the middle of the action with her sister sidekick Mary Anne, and often the last to leave.  She was a storyteller, an optimist, a food and wine enthusiast, and a lover of life.  She was happiest surrounded by Joe and her family, and will be remembered by those whose lives she touched with her bright light.

The Mass will be live streamed via a link at the bottom of this page.  It will be live about 15 minutes prior to the service.

To order memorial trees or send flowers to the family in memory of Marsha Sarakaitis, please visit our flower store.

The Church of The Gesu