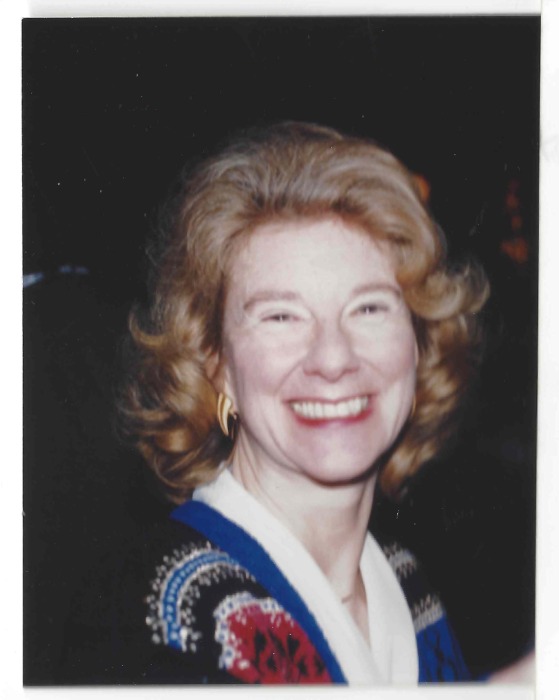 Marilyn M. Wilde (nee Meyer) died peacefully in her sleep on December 20, 2020. She was 86 years old. Given the nickname “Merry” by her parents, she had a smile for everyone, and a sunny disposition that held throughout her life. Merry smiled everyday, including the day she passed away.

Merry was born and raised in Philadelphia. Upon graduating from the University of Pennsylvania, Merry was an elementary school teacher for seven years. In 1955, she married Alan H. Wilde, M.D., who predeceased her in 2012. Merry and Alan moved several times in the course of Alan’s medical training. At Fort Benning Georgia, she enjoyed teaching a class of army children, and celebrated becoming a mother to Alan Jr. In Pittsburgh Pa, she loved her fun neighbors and friends, and welcomed the birth of their second son, Doug. She enjoyed the adventure of living as a young family in Edinborough Scotland, and traveling through Europe in a Volkwagen van. In 1967, the family settled in Cleveland, and she gave birth to their daughter, Laurie.

Merry was a member of Fairmount Presbyterian Church, serving as president of the Women’s Guild in the 1980’s. She continued her charitable work as a tutor at Anton Grdina school. Together Merry and Alan had a happy life, raising children and sharing in the joy of being grandparents.

Merry had a particularly close relationship with her cousin, Dottie Kessler Kuhn (Don). Dottie and Merry had no other relatives in Cleveland. Their familial connection was a shared grandmother, Ester Kessler. The two cousins shared holidays and celebrations together with Merry’s family. For the past 8 years Merry, Dottie and her husband Don, all lived within the Judson Park community.

Merry’s family thanks the staff of Judson Park for their “like-family” support during these unprecedented times of COVID-19. The care and comfort staff provided to Merry was exemplary, particularly as family visitations were limited.

Donations may be made to the Judson Retirement Community, 2181 Ambleside Dr., Cleveland, OH 44106.

A family funeral service will be held Wednesday, December 30th and will be recorded and posted on her webpage at www.brown-forward.com. for the public after 1 PM.

To order memorial trees or send flowers to the family in memory of Marilyn "Merry" Wilde, please visit our flower store.