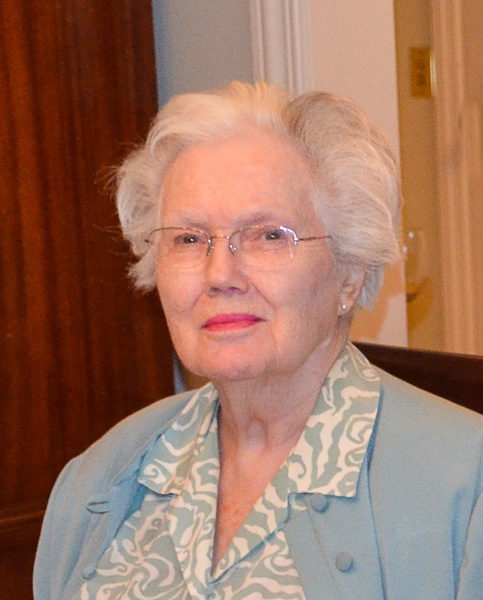 Beloved wife, mother, aunt, grandmother, and friend died April 13, 2020, at the age of 89. Marilyn was predeceased by her loving husband, Milan (Mel), in January of 2020. Mel and Marilyn met in the first class of their first day of college at Ohio University in 1948. They became close friends, married in 1956, and shared 63 years of happiness, joy, and love. They were inseparable in life and now also in their passing. Marilyn and Mel lived in Athens, Ohio; Ann Arbor, Michigan; Tokyo, Japan; and Nashville, Tennessee, before returning to Cleveland, Ohio, in 2013 to be near family.

Marilyn Fay Atkin was born in Madison, Ohio, on August 26, 1930, to Lynn and Alice (Bower) Atkin. She was the sixth of seven children and attended Homer Nash Kimball Elementary School before graduating from Madison Memorial High School in 1948, where she played clarinet in the marching band. Marilyn attended Ohio University, receiving her B.A. in Fine Arts in 1952. She was the art editor of the yearbook staff and an Alpha Delta Pi sorority sister. Marilyn worked as an artist and illustrator at Kircher, Helton & Collett, a leading Midwest advertising agency in Dayton, Ohio, in a time when advertising was a male dominated field.

Marilyn and Mel married on September 8, 1956, and returned to Athens, Ohio. They then moved to Ann Arbor, Michigan, for Mel to pursue his PhD. in Japanese Art. While there, Marilyn worked for a leading female doctor in Pediatric Hematology/Oncology who became a life-long friend. When the time came for Mel’s doctoral research in Japan, they moved to Tokyo. Marilyn moved there without speaking Japanese. By the time she left, she spoke fluent Japanese, was accomplished in writing Japanese calligraphy, translated medical texts for a doctor, and taught English.

Beyond art, language, and travel with Mel, Marilyn’s greatest calling was as a wife and mother, and in this she excelled. Marilyn created a home of elegance and beauty, filled with the artistic treasures that she and Mel acquired in Japan and collected throughout their lives. She was a gourmet cook and consummate hostess. She was a master seamstress and volunteered her artistic talents whenever she could to help, from PTA projects and fairs, to calligraphy, or just sharing with friends. Everything she did was a reflection of her grace and beauty.  A gentle soul, she was a true descendant of her mother, Alice, and aunts, the Bower sisters, who were universally loved. She was an avid reader and loved learning. She believed in justice, human, and civil rights and volunteered generous time to organizations that supported those causes. Tall and elegant, Marilyn’s quiet grace was the perfect complement to Mel, with his erudite and witty conversation. Wherever they went as a couple, they made deep and lasting friendships.

Marilyn and Mel adopted daughter Mia in 1967 and son Mark in 1970. Marilyn’s life was exclusively devoted to them for many years. She returned to work when her children were older and worked at Vanderbilt University, for several professors, in the Dean’s office, and then in the Publications and Design Department where she became an Associate Editor. Like Mel, she worked for Vanderbilt for over 25 years before retiring in the 1990s.