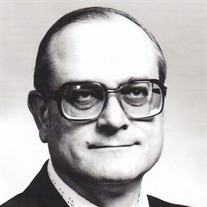 Louis was a long-time employee of Ohio Bell, Lou started out his career at age seventeen climbing poles to wire phones into homes in Youngstown, Ohio. During his career his job assignments took him to Paris, Hawaii, Nigeria, Panama and more, in collaboration with Western Electric; and, he moved the family from Ohio to New Jersey, Virginia, and Illinois, and back to Ohio, to work in New York City, Washington D.C., and the Bell System Center for Technical Education (BSCTE) in Illinois.

In 1958, he became mayor of Mantua, Ohio, and helped establish and plan a new church and school in Mantua to replace the tiny old St. Joseph Catholic Church. When his political term ended, he kept on with Ohio Bell working his way up to District Traffic Manager in Cleveland, Ohio. He retired in 1982.

He was a founding member and Grand Knight of the Mantua Council, Knights of Columbus. Lou enjoyed having an FCC commercial radio license and was a HAM amateur radio operator. His memberships included the AT&T Pioneers Northeast Council, Lake Erie Amateur Radio Association (LEARA), Parma Chess Club and the U.S. Chess Federation. In later years, he became a member of Cleveland Area Mensa and was a volunteer AARP Driver Safety Instructor.