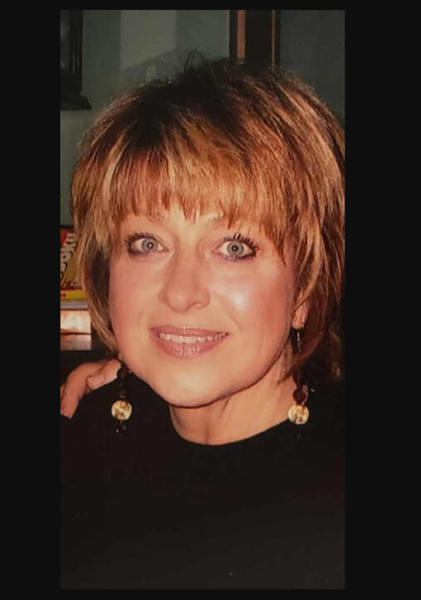 Linda Alane Gorski died peacefully at her home on October 24, 2021, surrounded by her loving family and beloved pets. Linda’s courageous and determined battle against the beast of pancreatic cancer was more than she and her skilled cancer team could conquer. Linda was a true warrior and fought the fight as hard as she could.

Linda’s first love was her family.  At the end, she fought to hang on, as she didn’t want to leave them.  A devoted mom to Kelly and Holly Gorski and “Grammy” to Nicholas and Helena Caraballo, she lived for her daughters and grandchildren. They were her everything. Her goal was to see her beloved grandson graduate college from American University.

Linda was married to Greg Gorski for 37 years and although they divorced, they remained close friends. She was the love of his life.

Her undying bond with her sister Lucy, was a relationship she was proud of. They often joked that she and Lucy could have been twins! She often said that her brother-in-law Dave was the brother she never had and her nieces, Christie and Cathy, held a very special place in her heart. Her cousins and “friends family” were what she liked to call part of her tribe.

Linda’s second love was her wonderfully fulfilling career as a stylist and image consultant. Her entrepreneurial personality always took her to new endeavors such as owning several salons.  She was most proud of Sastun Salon and Day Spa, which she literally built from the ground up, and later sold to John Roberts. She was always on the cutting edge in her field and was a mentor to many within the beauty industry.

Although Linda was known to be a phenomenal stylist with razor cuts being her forte, she was known and celebrated as a kind and generous dear friend with a caring soul, who listened and helped advise her clients.  Often referred to as “The Oprah Winfrey” of hair stylists, her clients were more than just that. She considered them family and they are just as devastated by her loss. She spent the last decade of her career working at Charisma Salon and will be deeply missed by her Charisma family.

There aren’t enough words to convey Linda’s legacy. She was kind, generous, wise, and undeniably beautiful, with impeccable character and integrity. She is one of the few who left this world already an angel and will join her parents in heaven.

Linda had many interests and supported many organizations. She had a particular deep love and passion for our country and was extremely proud of recently becoming a registered member of the Daughters of the American Revolution (DAR). The lineage of her ancestry goes back to a grandfather who fought in Colonel Campbell’s brigade during the American Revolution. She was so very proud to be a DAR member.

Linda was an incredibly beautiful person, both inside and out. She had a magnificent spirit and an even kinder soul. She made an impact and changed the course of some lives by listening, advising, and caring. Her ability as a true conversationalist and empathetic soul, opened her heart to always help others.  She was truly an angel in disguise on her earthly visit for 73 years.  The world was a better place with her in it. She will be missed.

Funeral services will be held Tuesday, November 2nd at 2 PM in the United Methodist Church of Chagrin Falls, 20 S. Franklin Street, 44022.  The service will be live streamed at https://youtu.be/iGCBP948pV8