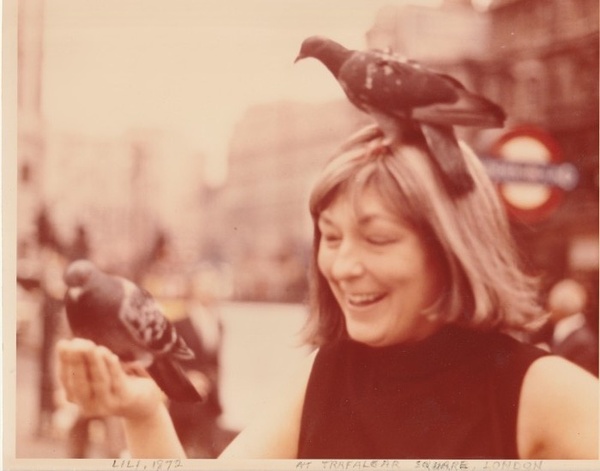 She was the only daughter of the late Geza and Etus - her devoted Anyuka - Perey, raised in Bay Village, Ohio, and loved riding horses and painting pictures there.

She is survived by her children Joseph Kurt and Lillian Lynn Szakacs. She was preceded in death by her husband of 60 years, Joseph Ralph Szakacs; ‘Joe the plumber’ in 2008. After his passing, over many years, she very slowly became incapacitated by dementia.

Lillian was the daughter of Hungarian immigrants, and flunked kindergarten because she could not speak English. She learned well and went on to graduate from High School, later taking classes at CSU.

After high school she joined the ranks as a Rosie the Riveter, riveting tail fins on B29 bombers, making magnesium tracer missiles, and packing parachutes in Cleveland war plants.

Lillian met her loving husband, Joe, through the Hungarian League. It  was love at first sight for him, but she was coy. They married twice, once in the Hungarian Reformed Church and soon after in the Catholic Church.

Lillian continued her career with the United States Government as a Census Enumerator, part time for twenty-nine years and retiring in March of 2000. She traveled to many cities around Ohio for surveys, including the Decennial Census. She participated in the first trial use of laptop computers in the field.

Lili was an artist. She was a painter, and took 72 non-degree semester hours in twenty-eight classes of various media including advanced courses at the Cleveland Institute of Art. She and Joe traveled around the country to paint watercolors and visit art museums, also to pursue their passion for square dancing; she was President of the Square Pairs club in 1983-1984. Mom created quilts, knits, crochet, needlepoints, and sewn items of all sorts, She was a cat lover supporting Bide-A-Wee Cat Shelter, a Cleveland Indians baseball fan, and participated in Cleveland Art Deco Society events. A Volunteer with the American Cancer Society for many years, she also helped raise funds for PBS, and donated generously to favorite charities.

LILLIAN P. SZAKACS (nee Perey)  Beloved wife of the late Joseph R. Szakacs, (Joe The Plumber).  Dear mother of Joseph Kurt Szakacs  and Lillian Lynn Szakacs, both of Cleveland Hts., OH.  The family prefers that those who wish may make contributions in her name to The Alzheimer’s Association, 23215 Commerce Park, Suite 300, Beachwood, Ohio 44122.