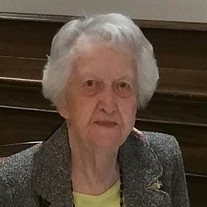 Lille was born in Memphis, Tennessee and grew up in Senatobia, Mississippi, 35 miles south of Memphis, where her family had cotton farms and owned the local department and hardware store. That was a different time for the South and the country. Because Lille was named for her mother, she became known in the family as "Baby Lille", or just "Baby", while her mother was known as "Miss Lille". Many family members and childhood friends referred to her as "Baby" all her life. When the depression came in the 30's, her family opened their house to family members who had lost their homes and livelihoods. It was not uncommon for school teachers to save the family farms from foreclosure because they were paid in cash, where the doctors in the family were paid in kind. Lille and her younger sister, Virginia, were joined in their home by their younger first cousin Jane and her mother. Jane's father worked at a lumber yard and lived in a different town during the week because it was the only job he could find, he visited his family on the weekends. Lille's family had enough to eat because of the large garden, almost an acre, they had behind their house.

As a teenager, Lille had an active social life, and usually had two or sometimes three dates spaced out at different times. The local dates involved jitterbugging at a local dance hall, but the important dates involved a car trip to a dance hall in Memphis. Most nights her last date and Lille would sit in the swing on the front porch until Lille's father appeared at 11 and told the young man he could come back the next day, but that he had to go home because it was Lille's bedtime. About this time in her life, Lille took a leadership role in telling her younger sister what to do, which earned her the nickname "Hitler."

Lille attended the University of Mississippi, where she pledged Delta Gamma and was a math major with a teaching minor. During her time at Ole Miss when she wasn't dancing, she played bridge more than she studied. Often the bridge games went on all night and sometimes interfered with classes the next day.

After Lille graduated from college, she taught school for a year, but didn't like it. When the war broke out she took an aptitude test and was offered a civilian job in Washington helping break enemy code for the Army. She was always very secretive about what she did for the army, because she promised never to reveal classified information. The family believes she worked on code breaking algorithms with the professors that actually broke the codes. For a young, well bred Southern girl to go to Washington would have been scandalous before the war. Lille's mother did not want her to go, but relented, because the family had a female cousin in Washington who agreed to "look after" Lille.

In Washington, Lille lived in a women's hotel, and while the hours were long, there was still time for dancing. Many days, Lille substituted at least one meal of Coke and peanut butter crackers for a real meal to save money for dancing, or to take the train to New York for the weekend. Another diversion in Washington was afternoon dances, or tea dances. That was where she met her future husband, Al, who was a Yankee from Michigan and Cleveland, Ohio. Al was a young electrical engineer who left GE to take an officers commission in the navy. He was in Washington helping to perfect guidance systems for torpedoes. Many US subs were sunk because many launched torpedoes boomeranged and sunk the sub that launched it. Although Lille was also dating a nice Southern boy, whose nickname was Beans, because he was tall and skinny, the Yankee won out and after numerous trips to New York, Al and Lille became engaged.

Before the war, respectable a Southern girls did not marry Yankees, so family friends in Senatobia did not expect Lille to marry a man from the North, even if he was a naval officer. When one family friend who was meetIng Al heard him speak, she exclaimed, "why, he's a damn Yankee," but another friend also meeting him said, "well, he must be a nice damn Yankee if Lille wants to marry him." During his first visit to Senatobia to meet Lille's parents, Al somehow got his finger stuck in one of the holes in the family's Senatobia Presbyterian Church pew, which was designed to hold used communion glasses. Even Lille's sister, who was singing in the choir at the front of the church noticed he didn't stand with everyone else because his finger was stuck.

After the war, Al and Lille went on a two month driving tour of the US, and visited Al's parents in Santa Monica. Then they moved to Cleveland, where Al resumed his career at GE Lighting. Growing up, Lille's family always had a cook, so Lille was not used to preparing meals. Every morning when Al left for work, Lille began preparing lunch, and kept trying until she got an acceptable result. They lived close enough to GE, that Al came home for lunch. After they ate, they would often practice dance steps before Al returned to work. After lunch, Lille started working on dinner, again she kept trying until she produced a winner.

In 1950, Al and Lille had their only son, David. Although they wanted more children, the doctors recommended against getting pregnant again because they felt it would threaten Lille's life.

For the next 40 years, Lille took care of her family, played some golf, lots of bridge and transcribed text books into Braille for blind primary and high school students. She enjoyed traveling and of course, competitive duplicate bridge. Even into her mid 90's, Lille was disappointed when she didn't place in the top three in the competitive duplicate games. When age dulled her bridge game, she often threatened to quit playing, until reminded that potential partners still called to schedule games with her.

In later years, deafness from nerve damage was really her only physical ailment. She drove safely until age 95, when she decided to stop on her own because she was afraid she wouldn't hear an approaching siren from an emergency vehicle.

Throughout her life, Lille lived every day to it's fullest. She was always a loving parent, a responsive friend and a fierce competitor at the bridge table. Even the day she passed away, Lille was the big winner ($2.80) in the bridge foursome she played in that afternoon. She was found at home, on the floor next to her bed that night during bed check. No hospital, no nursing home, no suffering... what a great way to go.