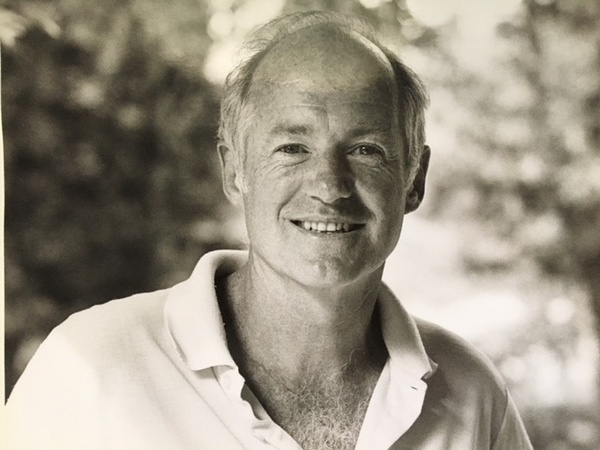 Cleveland Heights, OH – Dr. Leslie T. Webster Jr., professor emeritus and former chairman of the Department of Pharmacology at Case Western Reserve University Medical School, passed away peacefully at his home on Friday, Sept. 28. He was 92.

Dr. Webster retired as department chairman at age 65 – and then went right back to work, mentoring younger faculty and graduate students and editing their papers and grant proposals. He was never happier than when he was talking about science and medicine with a promising student or colleagues in the medical school, to which he devoted most of his life. He reluctantly retired again at the end of June, because of failing health.

His own contributions were considerable. He did important research on drug treatments for parasitic disease. He published numerous scientific articles, and he was a long-time contributor to the pharmacology textbook used in medical schools nationwide. He worked with the World Health Organization on physician training programs abroad, performed grant reviews for the National Institutes of Health and also consulted for the Rockefeller Foundation. He also directed site visits to review and credential other basic science departments.

His proudest accomplishment was establishing one of the first M.D.-Ph.D. programs in the country, which became a model for others that succeeded it. He wanted other young doctors to have the opportunity that had so fortuitously come his way, of combining basic science research with the clinical expertise of a physician.

Born the oldest of four children to Emily (de Forest) and Leslie T. Webster Sr., an epidemiologist at the Rockefeller Foundation, he grew up in Scarsdale, N.Y., where he attended the public schools. Summers, he worked and climbed mountains in the Adirondacks. He loved sailing, and he was a fiercely competitive golfer and tennis player.

He attended Amherst College, where his professors brought discipline to his intellectual curiosity. However, near the start of his second year, his father died suddenly of a cerebral hemorrhage. Leslie and his brother Harry both enlisted in the U.S. Navy Reserve as the U.S. entered World War II.

The Navy sent him to Union College in New York and then to Harvard Medical School, at age 19. In later years, he loved to tell the story of how he almost flunked out of Harvard – until a professor told him that he was “too stupid to learn biochemistry.” That bit of reverse psychology did the trick, and he managed to graduate in 1948.

By that time, World War II was over, but Dr. Webster served in the Korean War. Not long afterward, while working in the Harvard-affiliated Thorndike Memorial Lab at Boston City Hospital, he met his wife, Alice Holland, a recent graduate of Smith College who also worked at the hospital. They married on June 24, 1955, and moved to Cleveland, where he worked at what is now Metro Hospital. They had the first of four children the following year, and moved from the West Side suburbs to Cleveland Heights, then several years later to Shaker Heights.

An “accidental” discovery he made while caring for cirrhosis patients ignited his scientific curiosity and set him on the path to a research career. He started running experiments in a friend’s laboratory, and eventually he won an appointment as assistant professor in the Department of Medicine at what was then Western Reserve University. In 1968, after a year’s sabbatical working in a biochemistry lab in Oxford, England, he transferred to the Department of Pharmacology.

When Northwestern University Medical School offered him the chairmanship of their small department, he moved his family to the Chicago suburb of Kenilworth, Ill. He built up the department from 1970 to 1976 before returning to Case Western Reserve as chairman of pharmacology.

Dr. Webster constantly challenged and supported his four children, impressing upon them the value of a liberal arts education, which he valued all the more because his own had been cut short. He was incredibly proud of all his children, two of whom followed in his footsteps and became doctors, earning their medical degrees at Case Western Reserve University. He also adored his grandchildren and maintained a lively interest in their education and activities.

In lieu of flowers, his family would be grateful for contributions to the Leslie T. Webster Jr. Scholarship Fund, which can be made through the CWRU Office of Development and Alumni Affairs, 10900 Euclid Ave., Adelbert Hall, Cleveland, Ohio, 44106.