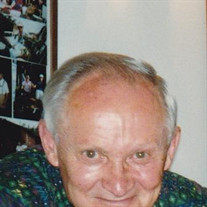 Rudolph Waldemar Ullman of Germany and Helga Ingeborg Pettersson of Sweden immigrated to the United States through Ellis Island in 1923 and 1924, respectively. They married in July of 1924 and on July 28, 1925, had their first child, Lennart (Leonard) Waldemar Ullman. They lived in Cleveland and in 1928, Lennart gained a little sister, Ingrid. Rudolph worked as a civil engineer for the federal government and over the next 10 years, moved his family to Dallas, Little Rock, Arkansas and Galveston, Texas. Leonard's next sister, Louise, was born in Dallas in 1932.

Rudolf lost his job and took the family to Leipzig, Germany in 1935 where he secured an engineering job. Those were turbulent times in Hitler's Germany and in 1937, Rudolph and Helga made the life changing decision to return to the United States. Baby sister, Irene, was born in Little Rock in 1937 and after so many moves, the Ullman family settled down in Cleveland Heights, Ohio where they bought their first home on Edgehill Road. Leonard and his sisters all graduated from Cleveland Heights High.

After high school, Leonard attended Western Reserve University and graduated from Kent State University. He served in the United States Navy V12 flying program in 1946. One of his first jobs was working for the American Gas Association. After World War II, he was able to procure a gas refrigerator, stove, and furnace for the family home in Cleveland Heights. It was impossible to buy these appliances as well as cars during the war, so Helga was most appreciative. Making ice cubes instead of the old ice delivery was heaven.

Leonard loved to travel. Before he married Carol he spent a year in Europe exploring and visiting relatives. He would often share stories of his adventures abroad with his daughter and grandchildren. One particular story that they love is of him riding a motorcycle across Europe, with the trip ending in Paris. He reminisced about the excitement of it all and of the occasional fraulein that would accompany him in the sidecar.

While he was in Europe, a fortune teller told him that there was a little red haired girl in his future. He had already met a little red head back in Cleveland at a Fireside Fellowship meeting at the Church of the Savior. So took the fortune teller's words to heart and returned to the United States to pursue his little Carol. Len was painfully shy, but Carol knew what a good man he was and they married in 1962. Leonard got a job with Martin Marrieta as an engineer in the missile program and he and Carol moved to Little Rock Arkansas. Both Len and Carol missed Cleveland so they moved back and welcomed their only child, Lisa, in 1964. They bought their first home on Berkeley Road in Cleveland Heights, where they raised their family and made lifelong friends.

Although Leonard's sisters had married, started families of their own and were dispersed throughout the country, they all took great care to stay close. Ingrid married Russel Hollobaugh and had 4 children, Krista, Kim, Karen and Kurt. Louise married Bill Fall and had 5 children, Bob, Bruce, Laura, Linda and Charlie. Irene married Claude Taylor and had 3 children, Billy, Vicky and Max. He was a favorite uncle to his nieces and nephews and remained best friends with his sisters and brothers in law for the rest of his life.

Leonard spent most of his working years at Mayfran Corporation, designing conveyor belt systems for manufacturers. Carol worked as a physical therapist for the Cleveland Public Schools. Together they lived modestly and raised their family, often taking in friends and neighbors who needed help. Leonard was always the father on the street that anyone could go to. Be it for a hug, for advice, for protection, or just to play, everyone knew Len would make himself available. As a matter of fact, after Lisa was grown and moved out, the neighborhood children would still come to the house and ask if Mr. Ullman could come out and play. That was Len.

After Len and Carol retired, they spent as much time as possible traveling and being with Len's sisters and brothers in law as well as his cousins Horst and Brigitte Stauber. For 9 straight years, they held elaborate reunions at each of their homes. The reunions would last for days and involve lots of themes, costumes, games and prizes. Some of the most memorable themes were the 1920s, a murder mystery on the orient express, greek gods and goddesses, and cowboys and Indians. They celebrated across North America, getting together in Cleveland, Virginia, North Carolina, Santa Barbara and Monetville Ontario, Canada. They took a trip to Eastern Europe and another to Russia and Sweden. Being with family was most important to Len and Carol and they spent many long weekends having get-togethers with their siblings and cousins. There was a miracle meeting in Sequoia National Park, Branson Missouri, Florida, Massachusetts, and a cruise off the coast of Santa Barbara just to name a few.

In between all the trips and travels, Leonard spent every minute he could with his daughter and grandchildren, Christian and Alyssa. He adored them and doted on them. He, like Carol, took care of them when they were sick and Lisa had to go to work. He took them to and picked them up from countless activities and clapped louder than anyone at their achievements. He showed them what it means to be a man and he gets credit for helping them become the beautiful human beings they are. He taught both Christian and Alyssa how to ride a bike and spent endless hours helping with math homework, having tea parties, pushing swings and playing games. He spoke 3 languages and was so proud when Christian took German in high school. He taught Alyssa how to do the fox trot and shared his love of classical music with everyone who would listen. A better husband, friend, brother, father and grandfather, there will never be.

The last few years were difficult for Len. He suffered from dementia and lived at Solon Pointe nursing home after Carol could no longer give him the care that he needed. But he was loved by the staff there and entertained them with stories of his life and many adventures. There were frequent visits and outings for Len with his wife, daughter, grandchildren, sisters, brothers in law and nieces and nephews and he enjoyed a good quality of life for quite some time. But after his little Carol passed, he let go. She is his soulmate and his grief was overwhelming. He is reunited with his love now and no longer in pain. There is peace to be found in knowing that.

LEONARD W. ULLMAN beloved husband of the late Carol M. Ullman (nee Hamilton); dear father of Lisa M. Daddario of So. Euclid, OH; dear grandfather of Christian M.R. Daddario of Cleveland Hts., OH and Alyssa M. Daddario of So. Euclid, OH; dear brother of Ingrid Hollobaugh (Russell), Louise Fall (Bill) and Irene Chambers (Ben). The family prefers that those who wish may make contributions in his name to The Church of The Saviour, 3537 Lee Rd., Cleveland Hts, OH 44118, where a funeral Service will be held Saturday, Oct. 1st at 11 AM. FRIENDS MAY CALL AT BROWN-FORWARD, 17022 CHAGRIN BLVD., SHAKER HTS., OH, FRIDAY, SEPTEMBER 30TH FROM 5-7 PM.
To order memorial trees or send flowers to the family in memory of Leonard Ullman, please visit our flower store.