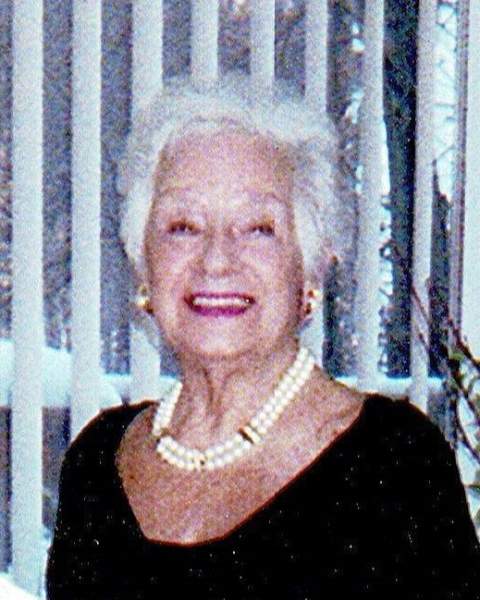 LaVerne D. Roberts (nee Formanek), age 103,  passed away peacefully, surrounded by the love of her family on Tuesday, August 23rd, 2022.  A kind-hearted, strong willed, and vibrant woman, she was a constant inspiration to the many lives she dearly touched.

Born in Cleveland, Ohio, on January 28th, 1919 to her loving parents, William and Ruth Formanek, she was the eldest of six children, all of whom she loved with great devotion.  In the early 1930's the family moved to Orange Village, Ohio.  Many of her fondest recollections were of a happy youth, which included her school years.  Always an astute and bright student, who received advanced placement during her elementary years, LaVerne graduated from Orange High School in 1936.

A career woman at heart, LaVerne's employment included positions as bookkeeper with the Meyer Dairy Company, located on East 65th Street, in Cleveland; as a bank teller for many years with National City Bank where she received numerous commendations; and in semi retirement she was employed part time at the Western Reserve Historical Society.

It was in 1941 that LaVerne met a raven-haired man with a Boston accent, who became the love of her life - the longtime Cleveland Barons hockey great, Morris (Moe) Roberts.  Goaltender during the 1930's into the early 1940's, the franchise had the distinction of winning several Calder Cup championships.  Moe Roberts would be posthumously inducted into the United States Hockey Hall of Fame in 2005.  LaVerne enjoyed sharing those courtship years, which combined the excitement of the sporting world, with the nostalgic years of Cleveland's history, leading up to World War II.  They were married in 1948, and together lovingly raised their three children.  Treasured mother to the late Morris William Roberts (Penny), Rosalind Roberts, and Faith Roberts, LaVerne was also a devoted and generous grandmother to Nathaniel J. Roberts (Mandy), and Benjamin M. Roberts (May), as well as three great grandchildren.  She was a caring, loving aunt to numerous nieces and nephews, and a true friend to many.  LaVerne's siblings, The late William and Irene Formanek , The late Richard and Vivian Denny, The late Richard and Joyce Fritsch (Richard), the late  Richard Formanek (Joan), and Loretta Mellott (the late John) and their families were greatly loved and cherished by her.  With pride, she always took great interest in their accomplishments and made them a very important part of her life.

Always encouraging to those around her, LaVerne embraced life with an uplifting and positive outlook.  With a caring and giving attitude, she loved organizing and hosting get-togethers, most notably special holiday family gatherings.  Passionate about flower gardening and cooking, those closest to her will always remember her advice with planting suggestions, as well as sharing her great skills in the kitchen.  Travel held great interest and enjoyment for her, especially when visiting her son and his family at his international diplomatic posts with the US State Department..

She was a member of Trinity Presbyterian Church, and a prior member of the Fairmount Methodist (Centenary) Church, both located in Beachwood, Ohio.

A beautiful person whose long life was lived fully and graciously with dignity and humility, LaVerne Roberts had the extraordinary ability to provide strength, wisdom and resolve to all who knew her.  Her home was always filled with warmth, family and love.  She will be remembered well, greatly missed, and remain in our hearts forever.