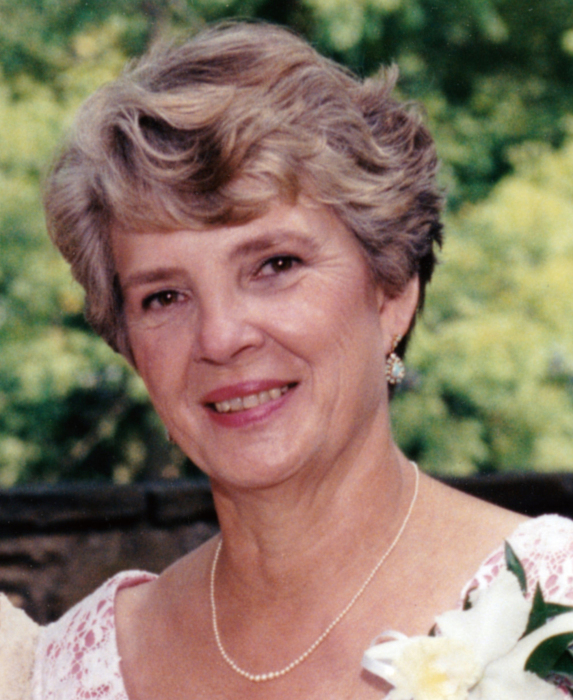 Kitty Makley left a legacy of deep love and compassion for her family, friends, and the Cleveland and Greater Cleveland communities. In addition to raising a family of four children, Kitty pursued a rich volunteer and professional career in private and non-profit business management, marketing, consulting and fundraising. Kitty's workacross her career addressed a variety of issues, from gun control to child advocacy to health care to environmental causes, building a wide-ranging network of colleagues and loyal friends.

Kitty was born in southern Ohio. Her parents, Raymond and Elizabeth (Betty), were children of a prosperous Irish and German Catholic community there, and her father, a general practice physician, had a thriving practice which his wife Betty ably managed. Her sisters Mary Ann (Timmy) and Pat predeceased her. Her sister Charlene and brother Ray Jr. still live in their hometown. While still in high school, where she was known for her academic prowess and athleticism, Kitty met and began dating the love of her life, John T. Makley. She and John waited until she graduated from Smith College to marry that very summer of 1960.

Kitty supported John as he finished his medical training and when in the early 1970s he took a position in orthopedic oncology at University Hospitals in Cleveland. Kitty lost no time in becoming involved in the community, volunteering in her children's schools, singing in the church choir, participating in (and winning) tennis tournaments, riding horses in rural Ohio, and joining the Junior League of Cleveland, the respected volunteer organization that trains women for community leadership.

Kitty's work with the Junior League set the stage for her long career in non-profit and business administration. By the 1990s, she was highly sought after by small businesses and charitable organizationsfor her intelligence, sharp (and sometimes bawdy) wit and humor, great management competence, financial acumen and creative fundraising prowess. At the Junior League, her skill in committee work, including her work on the League's restoration of the Samuel Mather Mansion and her research into and legislative advocacy for the ERA and gun control, led to her appointment as President (1978-80). During her term she enhanced strategic planning, built ties with the Mayor's office and Cleveland State University, and organized projects centering on child advocacy and downtown Cleveland revitalization. She also oversaw volunteer recruitment to address the need for women's paid work and to outreach to minority women, noting, "I truly believe we are strengthened by our continuing commitment to diversity". Kitty's outstanding work with the Junior League and in the larger community was recognized in 2004 with the Frances Payne Bolton award.

Kitty was then selected for the 1980 senior executive cohort of Leadership Cleveland, one of the earliest graduates of that prestigious training program. Shortly thereafter, she entered the MBA program at Case Western Reserve University, where she was an honor student who lightened the mood in the classroom with her humor. Kitty received her MBA in 1984 and was elected to the prestigious International Business Honor Society, Beta Gamma Sigma.

Kitty served from 1984-1995 as Director of Rehabilitative Services and Planning at Health Hill Hospital, the only pediatric rehabilitation center and children's specialty hospital of its kind in Ohio. There, she was a member of the senior administrative staff, supervised multiple departments, coordinated strategic planning, and initiated new projects like a ventilator unit, a specialized foster care program, and onsite housing for parents and long term patients. Close colleagues there remember her as a very supportive supervisor who made the workplace a fun community. Kitty then joined the Allegra Group, a health care consulting firm, where she specialized in developing marketing strategies and feasibility studies for hospitals and nonprofit agencies. She later expanded on that work to act as consultant for economic development to Cleveland's Hough Area Partners Progress (HAPP), for small companies, start-ups, and non-profits through the Business Advisory Council, and, as an E-City volunteer to teach entrepreneurship to middle school children in Cleveland and Greater Cleveland.

Even as she pursued her professional career, Kitty never ceased her volunteer work. For years she acted as Guardian ad litem for abused and neglected children who had been referred to juvenile court in Geauga County. She also served in leadership positions in several major non-profits that focused on her interests in health care and environmental protection. At the Nature Center at Shaker Lakes, Kitty moved from volunteer to Docent to serving as a Board member from 1991-2007. As a Board member, she served as President for two years, and initiated their major biannual fundraising events. Kitty extended her work in environmental protection through her leadership at the Chagrin River Land Conservancy (1998- 2006), where she chaired the Development Committee and helped raise up to $1 million annually. When CRLC merged with the Western Reserve Land Conservancy, a project for which Kitty was a founding participant, Kitty served as a trustee (2007-2014). There she was a member of the Finance, Governance and Audit Committees and helped organize the WRLC annual fundraiser. Through her work with the WRLC, Kitty helped preserve 40,000 acres of forest, wetlands, streams and farms in the Greater Cleveland area.

Kitty also played a leadership role at Hopewell, Ohio’s only therapeutic farm community for adults with serious mental illness and one of only a handful in the United States. She joined the Board of Directors at its inception and served from 1995 until 2017, when she joined the Council of Advisors. A lively participant in decision-making and the promotion of the organization’s mission, Kitty chaired one of Hopewell’s capital and endowment campaigns, held Board offices and was engaged in numerous committees. Finally, along with her husband John, Kitty was herself an important annual and planned giving donor to the Nature Center, the WRLC and Hopewell, among other charitable causes.

All along, but especially in the 1990s and 2000s, Kitty pursued a vibrant intellectual life of learning and travel. With John at her side, she traveled with friends and other family to all corners of the globe, from Europe to Kenya to Peru to Norway to New Zealand, to China, Tibet and Bhutan. Kitty loved to keep learning. She took private French lessons and greatly enjoyed summer classes with close friends on a variety of topics at New York's Chatauqua Institution. Kitty capped these intellectual endeavors in 2013 by expanding on her earlier research and publishing a book, Samuel Mather, First Citizen of Cleveland, which tells the story of the influential iron ore magnate who built the Mather Mansion. She also gave several talks on the book for various organizations, including Cleveland's Smith College Club and the Beachwood Library.

Kitty enjoyed her retirement years at the five-acre property she and John bought in northeastern Ohio, which she dubbed "Willow Pond". There she loved nothing better than hosting garden and dinner parties for friends and family, tending her beloved flower gardens, catching up on her four children's lives, and watching her eight grandchildren catch frogs in the pond and ride the scooter down the steep driveway.

Kitty brought an uncommonly strong will and sense of compassion and moral integrity to all of her pursuits. She was known for her quick wit and capacity for sly humor even in the midst of difficult times. Her ability to see the good in and the potential of a person allowed her to provide much-needed support to countless people who had the good fortune to benefit from her wisdom.

Kitty's beloved husband, Dr. John T. Makley, predeceased her in April, 2020.  Kitty is survived by her sister Charlene, her brother Ray, Jr., her four children and their spouses John Jr. and his wife Molly, Charlene and her husband Cain, Mary and her husband Kevin, and Christopher and his wife Genna, as well as her eight grandchildren, Elizabeth, William, Sara, Noah, Anna, Rosa, Kieran, and Braeden.

A Mass of Christian Burial will be held at 1 p.m., Friday, October 8 at the Church of Saint Dominic in Shaker Heights, OH (masks required), WHERE FRIENDS MAY CALL ONE HOUR PRIOR TO THE SERVICE. Friends may view the service virtually by logging onto this webpage at the time or after the service.  FRIENDS MAY ALSO CALL AT BROWN-FORWARD ON THURSDAY, OCTOBER 7 FROM 6-8PM.  A private family interment service will be held at Calvary Cemetery in Dayton, OH.  We also invite you to share condolences and memories for Kitty Makley on this webpage.

Charitable donations on behalf of Kitty can be made to the Nature Center at Shaker Lakes , Hopewell Therapeutic Farm Community , or the Western Reserve Land Conservancy .

To order memorial trees or send flowers to the family in memory of Kathryn Makley, please visit our flower store.