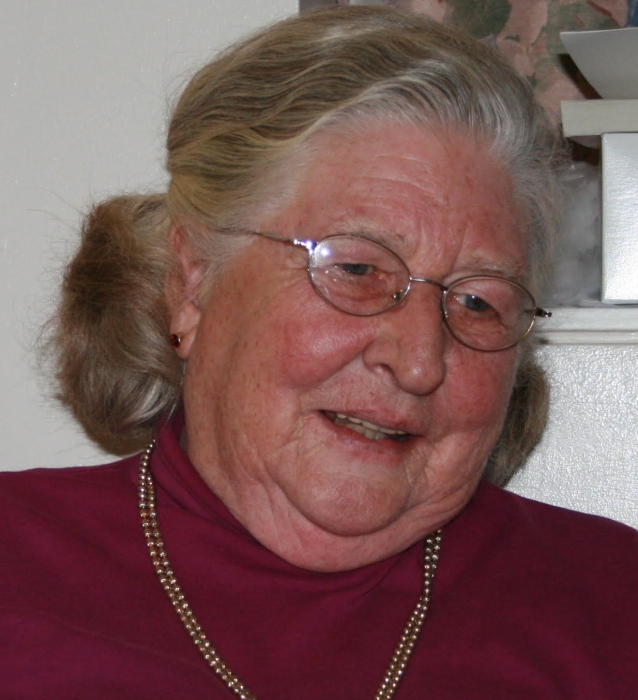 A graduate of Belmont High School, Kathleen followed the footsteps of her mother and her grandmother, Grace Wiard Young, by attending Smith College, graduating with her bachelors in 1958. Her daughters, Sarah and Heather, and her granddaughter, Claudia, followed her footsteps in attending Smith. During her time at Smith, she volunteered her time at the Northampton State Mental Hospital and developed a passion around serving individuals with mental illness.  Following Smith, Kathleen attended Case Western Reserve’s School of Applied Social Science, class of 1960, and was a National Institute of Mental Health Merit Scholar. She later returned to Case to graduate from Weatherhead School of Management in 1984 with a Master’s in Business Administration.

While attending social work graduate school, she met her husband, Myron, who was attending law school at that time.  Kathleen was introduced to her husband by one of Myron’s best friends, Dr. Eugene White.

Kathleen had a tremendous career focused on serving those with mental illness and other unmet needs. She started at the Cuyahoga County Mental Health and Retardation Board, serving as its first associate director for 8 years.  She was responsible for developing the plan to close the 3,300-bed state hospital, Cleveland State Hospital.  She also served as interim director role for Murtis H. Taylor Multiservices Center.  For over a decade, Kathleen served in the planning department of University Hospitals of Cleveland, where she developed the first construction plan for the department of Psychiatry and prepared over 15 certificates of need.

She later founded Stoll & Associates Consulting, where she consulted on a number of community-based projects such as needs assessments, studies and surveys, program planning, preparing construction grants, and providing quality assurance and clinical record reviews in preparation for audits by Medicare and Medicaid. Kathleen also served as interim executive director for the Phyllis Wheatley Association for several years.  During her tenure, she had a number of accomplishments including the coordination of Tax Credit Applications in 2004 and 2005 for restoration of Historic Landmark building, in collaboration with Ohio Capital Corporation for Housing and Famicos Foundation, which enabled Phyllis Wheatley Association to secure $10.0 M. The renovation was completed. Kathy remained involved with the Mandel School of Applied Social Science as a field Supervisor and adjunct Faculty, through 2015.

Kathleen was well known in the community for her passion to ensure access to mental health services.  An example of her lifelong commitment to her patients was her hosting a formal Christmas party for her patients for over a decade.  Kathleen was also known for continuing to provide support and guidance to her former patients – helping with meals, finding transportation, and securing jobs. She wrote a history of Mental Health Services in Cuyahoga County, which includes Hanna Pavilion, The Department of Psychiatry at CWRU, the closing of Cleveland State Hospital, and the development of the Community Mental Health Board and its contract agencies, with co-authers Dr. Douglas Lenkoski, H. Bernard Smith, and Drew Clemens, MD.  It includes a chapter on the History of Psychoanalysis in Cleveland, and several chapters on the impact of health reform on existing practice.  She received two community awards – the Professional Leadership Award from the Governor, State of Ohio, 1987, and the Woodruff Foundation’s Special Recognition in 1996 for "enduring commitment to mental health issues."

When her husband and his colleagues from Ohio Bell started a wireless telephone company, Kathleen became a board member and employee of HATWAVE-1996-2013.  Hatwave is the western investment corporation that founded Ukrainian Wave, a fixed wireless telephone company in the city of L’viv, in Western Ukraine. Ukrainian Wave received financial loan and capacity building assistance from the European Bank for Reconstruction and Development (EBRD). Hatwave is a partnership of Hughes Network Systems, OTE (the Greek Telephone Company), and Communications Technologies. Equipment was installed in 1999.   Ukrainian Wave was serving 15,000 customers, with some innovative engineering.  The original contracted equipment could not support 15,000 subscribers as contracted, and inconsistent with EBRD loan.  In 2007 the Company was taken over by a local Ukrainian company with the help of the Managing Director. Ukrainian Court upheld the new ownership.

Throughout her years in Cleveland, Kathleen was active in supporting the nonprofit community.    She was involved in a number of behavioral health committees for United Way, Center for Community Solutions, UH department of psychiatry, and the Alcohol and Drug Abuse and Mental Health Services and boards of directors for the Cleveland Psychoanalytic Center, Spectrum of Supportive Services, Hough House, Rockefeller Park Cultural Arts Association, Hanna’s Home, and a volunteer member of Mental Health Task Force to make recommendations for Consent Decree for Cleveland Police department. Kathleen was also very involved with the local Smith College Club of Cleveland and the Smith College Alumnae Association, including the Smith College Medal Committee.

Kathleen will always be remembered for her steadfast commitments to women’s education and access to quality mental health services.  She’s touched the hearts of many.  Many of her closest friends came from her participation in the above mentioned organizations where she worked or volunteered and also organizations such as Euclid Avenue Congregational Church, the Cleveland Skating Club and East Chop Beach Club  - to name a few.  She had a pen-pal from Jordan, and when he moved to Akron, Ohio, she established an over 50 year tradition of Thanksgiving dinners. She was described by a friend as “one world Kathy”, and she dedicated her life to building bridges to all whom she met. She became part of the fabric of many of her childrens’ friends’ lives.  She loved to entertain at their house on South Park, to play the piano, and play a challenging game of bridge. She never said no to a new adventure and loved to meet people from all over the world.  And she loved to problem solve and find solutions to address any obstacle.  Most importantly, she loved her husband and her family.

The family prefers that those who wish may make contributions in her name to  her alma mater, Smith College, Stoddard Annex, 23 Elm Street, Northampton, MA 01063, by phone 800-526-2023, optin 5 or please visit www.smith.edu/giving or to

Due to the Covid crisis, a Memorial Service will be held in Garfield Memorial United Methodist Church at a later date to be announced. FRIENDS MAY VISIT WITH THE FAMILY AT  BROWN-FORWARD, 17022 CHAGRIN BLVD., SHAKER HTS., OH FRIDAY, SEPTEMBER 11TH FROM 5-7 PM.

To order memorial trees or send flowers to the family in memory of Kathleen Hennessy Stoll, please visit our flower store.