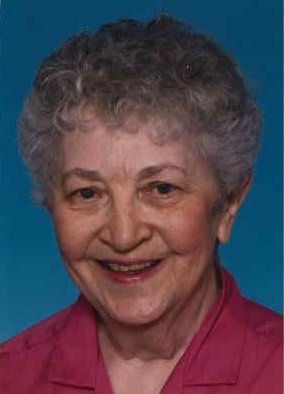 Kathleen was born on March 20, 1928, in Wooster, Ohio, and was the much-loved only child of Marjorie and Dudley Shamp.

Growing up, Kathleen was embraced by the close-knit community of the Wooster United Methodist Church. The family—her mother, her father, and Kathleen—regularly attended Sunday worship there. Kathleen's duets with her mother were welcomed by the congregation and brought about early recognition of her musical ability. After worship, the family went off to Sunday lunch at Keeney’s Cafeteria, the popular local restaurant, followed by weekly Sunday afternoon drives through the scenic backroads of Wayne County. Kathleen recounted memories of these drives, which had been initiated by her father, often and with great pleasure. The family, including a young cousin, occasionally made “fun” trips to Cleveland for a day of shopping and to eat at Mills Cafeteria.

Kathleen's 50-year career at the Cleveland Public Library began in 1950, two weeks after she graduated from The College of Wooster with a B.A. in Music. She was initially hired as a "library aide." In 1954, after three years of part-time studies at Western Reserve University’s School of Library Science, she completed her course work and was awarded a master’s degree, which was soon followed by the offer and acceptance of a music librarian position in the Fine Arts Department at Main Library. Kathleen was a knowledgeable and resourceful employee throughout her career. Many patrons, especially those from the music community, sought out her expertise. When the Library chorus presented holiday programs, Kathleen was one of the featured soloists.

Soon after moving to Cleveland in 1950, Kathleen joined Epworth-Euclid (now University Circle) United Methodist Church. The beauty of the architecture, the order of worship, the inspirational preaching, the quality of the music, and the warmth of the congregation together made Epworth-Euclid her choice of a church home for the rest of her life. Kathleen was an original member of the Epworth Fellowship, the church’s former young adult group. Throughout her 70-year church membership, she served on various committees, including chair of worship; was a participant in and supporter of small spiritual growth groups; willingly functioned as a welcoming greeter and worship liturgist; acted in church theatricals; was part of the editorial team of the church newspaper; and was a faithful member of the church’s unit of United Methodist Women.

For 10 years, Kathleen was a paid Sunday soloist, leader of the alto section, and assistant conductor of the children’s choir at Plymouth Church of Shaker Heights. After her commitment there ended, she returned to Sunday worship at Epworth, where she remained a dedicated member of both the Chancel and Handbell Choirs. Kathleen said in a 1979 issue of the church newspaper, “It is a challenge to belong to Epworth-Euclid as it is a church in an urban setting, but it is rewarding.”

During the course of her commitment to Epworth-Euclid, Kathleen developed warm relationships with several of the professional staff and their spouses when their interests intertwined, including Karen and Rev. Leonard Budd, Judy and Rev. William McCartney, Audrey and Rev. Darrell Woomer, Marybelle and Rev. John Landrum, Cynthia and Rev. L. Chris Martin, and, of course, with Director of Education Judith Craig, who went on to become a Bishop in the United Methodist Church.

Kathleen was an enthusiastic member of both The Fellowship of United Methodist Music and Worship Arts and The Hymn Society. For a number of years, Kathleen enjoyed attending the regional and national events of both organizations, traveling across the country with Rev. Darrell Woomer, at the time Minister of Music at Epworth-Euclid, and his wife, Audrey. Memories of their care and concern and warm affection were always dear to her.

Besides her church choral activity, Kathleen regularly participated in other areas of the Cleveland music scene, including as a member of the Jewish Singing Society, which gave her the opportunity to sing in Severance Hall for the High Holy Days, an experience she relished. Her 20-year membership in the Cleveland Orchestra Chorus began in 1954 during the era of conductor George Szell. The years under Robert Shaw, her favorite chorus director, provided many of her most unforgettable and treasured memories, including singing at Carnegie Hall and at the United Nations. As recounted in Donald Rosenberg’s book The Cleveland Orchestra Story, Kathleen reported that during the Chorus’s 1962 appearance at the Casals Festival in San Juan, Puerto Rico—undertaken at Pablo Casals’ personal invitation—Robert Shaw told the Chorus to sing as Casals wanted, not as Casals actually directed. The Chorus, in turn, responded with a performance so moving that Casals wept.

For most of her life, Kathleen enjoyed traveling both abroad, to Scandinavia, Greece, Great Britain and beyond, and at home, to our national parks and historic places—Yosemite, the Grand Canyon, the Alamo, Boston, Charleston, and Savannah, to name a few. She was glad that some of her travels gave her opportunities to visit the Ginter family and Douglas Shamp, cousins living in California with whom she could share family memories.

Kathleen formed many fast friendships—there is Barbara and her other co-workers who lived at Shaker Square, with whom she had dinner at Stouffer’s and with whom she attended movies, programs, and concerts; there is Vivian, with whom she attended Cleveland   Orchestra subscription concerts at Severance Hall; there is Thelma, with whom she attended Ohio Light Opera productions in Wooster; there is Patty, who on Kathleen’s return trips to Wooster drove the familiar back roads of Wayne County, much to Kathleen’s delight; there is Evelyn, who during Wooster visits joined her in shopping at Rubbermaid and Freedlander’s Department Store; and there were the half-dozen library and church friends with whom she volunteered at Margaret Wagner House, under the leadership of Miles B. Gottshall, where they played bingo with the residents and put on an annual  light-hearted musical entertainment.

When Kathleen moved into Judson Manor very shortly after her retirement in 2000, she made a group of new friends. She volunteered in the Judson Manor Mart and was in charge of the library, she readily participated in group exercise activities and in the handbell choir, and she was very enthusiastic about the Manor’s music and theater programs. She also found a dear friend in Marilou, who was Kathleen's closest companion during her final illness. For a few years, when her health permitted, Kathleen enjoyed having Thanksgiving dinner with her cousins Cindy and Dave Benson and their family in Aurora.

Besides her gift of music, Kathleen was known to write clever limericks for special people and occasions—the retirement of colleagues, church and civic events. One such example was a composition published in The Plain Dealer on August 24, 1981:

There once was a plum of a city,

Which suffered some strain, more’s the pity.

Now Cleveland will prove, It’s back in the groove,

And things are once more looking pretty!

It has been said that what we are is God’s gift to us and what we become is our gift to God. Kathleen became a knowledgeable and dedicated music librarian; an enthusiastic volunteer at her church and in her community; a featured soloist and dependable choir chorister; and a caring friend and generous Christian—her gift to God.

Kathleen died on June 10, 2021, and is survived by several cousins, including Douglas Shamp, Cindy Benson, Megan Benz, and Tobin Ginter, as well as by many friends, all of whom are grateful for the memories of Kathleen that are theirs.

In lieu of flowers, contributions may be made in memory of Kathleen to the University Circle United Methodist Church or to WCLV Classical Radio.