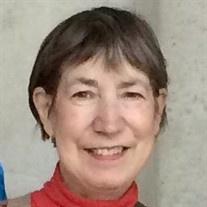 Kathleen Meredith, much-loved mother, sister, and friend, died on July 17, aged 69. Kathleen was a determined perfectionist who possessed a keen eye for design and aesthetics, had a penchant for detail, and held herself to the highest standards in everything she did. Most importantly, though, she will be remembered by those who knew her for her thoughtfulness, compassion, and empathy for others.

Kathleen was the daughter of a journeyman toolmaker and an entrepreneurial homemaker, growing up outside of Detroit, Michigan. She attended the University of Michigan, receiving a degree in American Studies, with a focus on art history and architecture. Subsequently, after settling in Cleveland with her husband John, she earned a masters degree in social work from Case Western Reserve University.

Social work would become Kathleen's vocation, save for a hiatus when her children, Whitney and Michael, were young. Kathleen deeply enjoyed getting to know and advocating for her clients. She regularly worked on reports late into the night, long after the workday ended. Why? Because that was what it took to do a properly thorough job, and to Kathleen there was never any other waya�"half-measures just wouldn't do, not at work or in any other pursuit.

However, for Kathleen, there was much to life beyond work. She was a great believer in the benefits of exercise and was active and physically fit for her entire life. She was equally passionate about education, in its many forms, and would unwaveringly encourage anyone to pursue more of it. She had an enduring interest in design and a sharp eye for pleasing aesthetics. Whether it was clothing, architecture, landscaping, furniture, or quilting, she had a knack for putting things together that were visually appealinga�"and took great pleasure in doing so. In recent years, she also very much enjoyed the intellectual engagement and fellowship of the book club and Community Forum committee at the First Unitarian Church of Cleveland.

Kathleen very much loved her late husband John of 48 years, her children, her sisters, and her extended family. She adored her two young grandchildren, and loved every second she got to spend with them (and the opportunity to buy them clothing). Also very important to her was the small group of good friends she met over the years, even if the hustle of life made visits with them less frequent than she would have liked.

Kathleen's family wishes to express their heartfelt thanks to the many people who have helped Kathleen and us, both recently and in the past. In particular, we are grateful for the kindness, concern, and assistance from Kathleen's neighbors and the First Unitarian Church book club and forum committee members. Also, we are especially grateful to Dr. Joe Zeina�"an exceptional physician but most importantly, as Kathleen said many times, "a good man"a�"for taking such good care of her.

In lieu of flowers donations may be made to a local National Public Radio stationa�"or just recall a fond memory of Kathleen.