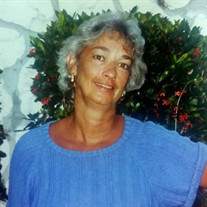 Trina was born Feb. 21, 1941 in Cleveland, Ohio. She was a graduate of Hathaway Brown School in Shaker Heights, Briarcliff College in New York, and Katharine Gibbs School in Boston. "Mrs. Sike" enjoyed her career at University School from 1979 to 2002, retiring as the Director of Alumni Relations. Her great grandfather was a founder of the school, which was attended by her grandfather, father, brother, sons, nephews and grandson. A past member of the Junior League of Greater Cleveland, Recreation League of Cleveland, and an avid volunteer for the Hiram House Pumpkin Festival, Trina was actively involved in and supported many community causes.
Trina was an avid golfer and enjoyed her retirement at Lake Fairways Country Club in Florida. She was greatly admired and respected by many, and loved her children and grandchildren very much. She grew up skating, ice dancing, and playing tennis at the Cleveland Skating Club, Mayfield Club and Kirtland Country Club, riding horses during summers in the Grand Tetons in Jackson Hole, Wyoming, and traveling and living abroad in England and Paris.

The family prefers that those who wish may make contributions in her name to University School Alumni Association, 2785 SOM Center Rd, Hunting Valley, OH 44022, where a service in celebration of Trina's life will be held at 10:30am on Saturday, January 14, 2017. Private family interment, Lake View Cemetery.