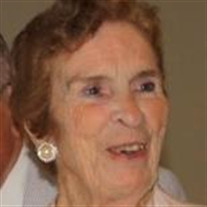 JUDITH SWEENEY TOBIN - passed away on December 15 in Aurora, OH, peacefully. Beloved wife of the late Hugh Tobin, she is survived by her brother Mark Sweeney (Ruthanne) of Toledo, and five children - Matthew (Elizabeth) of Houston, TX, Timothy (Mary) of Portland, OR, Jane Tobin (David Moore) of- San Francisco, CA, Hugh (Judy) of Shaker Heights and Ann Pakula (David) of Yardley, PA, as well as nine grandchildren and numerous nieces and nephews. Judy is also survived by Joan and Phil Tobin of Hudson, Ohio.

She was preceded in death by her sister Sally Miller (Edward), twin brother Joseph (Betty), and brother Charles.

Judy was born in 1930 in Toledo, and grew up on Robinwood Avenue in the Old West End, one of five children born to Jane O'Neill and Dr. Joseph J. Sweeney. Judy attended Rosary Cathedral Catholic School, and St. Ursula Academy, from which she graduated in 1948.

She then went to the University of Toledo, where she became a member of the Delta Delta Delta sorority, and graduated with a degree in Education in 1952. Judy enjoyed her post college years in Toledo where she taught school and spent the summers travelling and playing golf at Inverness Country Club. In 1958, she made her way to Cleveland, where she took a position teaching at Sussex School in Shaker Heights, OH.

Soon after moving to Cleveland, Judy met Hugh Tobin, a Cleveland native and employee at Republic Steel Corporation. They were married in 1959 and raised a family of five children. In between the chaos of managing the household affairs, she still made time to serve the community through her work at the Junior League and through a number of school and charitable activities. After her children moved on, Judy enjoyed returning to teaching by working as a tutor at Cuyahoga Community College.

Judy and Hugh's was the model of a successful marriage, one that spanned 53 years. Their faith was a source of strength, and was regularly expressed through kind words and wise counsel. After raising their family in Shaker Heights, the couple moved to the Hudson/Aurora area where they spent their time playing golf, meeting new friends and enjoying their children and grandchildren.

It was clear to those that knew her that Judy had a gift, a special way of relating to those around her. Blessed with a curious nature and a quick wit, she developed relationships easily. She was a joyful spirit, well liked, and became a close friend to many. She was gracious, caring, charitable, and fun to be around. Judy was great company, and will be missed.