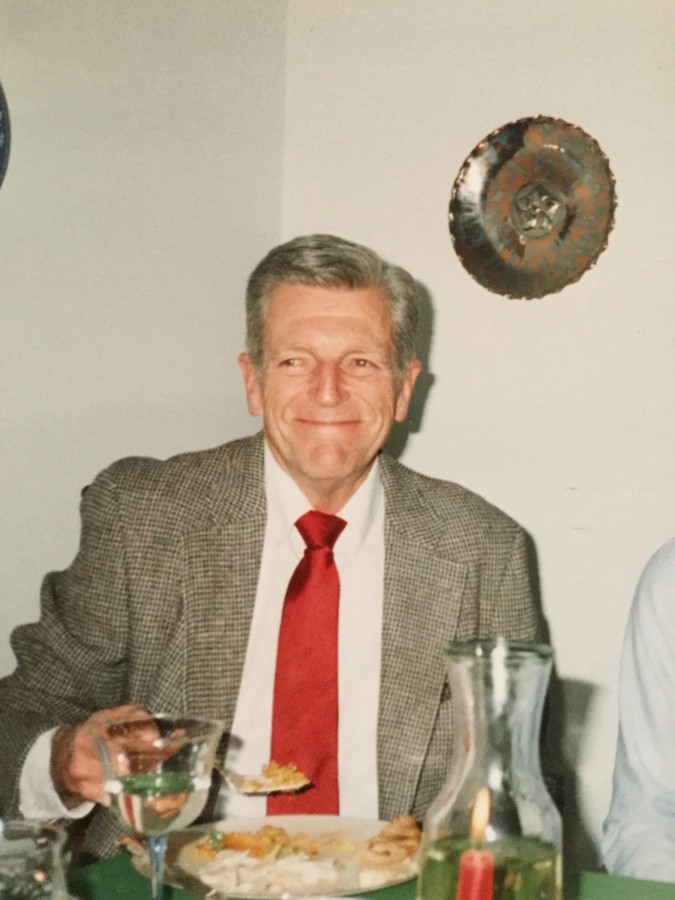 Pax grew up in Buffalo, NY. He graduated from Amherst High School in Snyder, NY in 1943. In 1945, He served in WWII as a Private at the Panama Canal, where he worked on Malaria studies for the US Army. Pax graduated from Cornell University in 1950. He moved back to Shaker Heights, OH and worked as a mechanical engineer for Air-Maze (Rockwell International) for 32 years, retiring as Director of Engineering in 1986.

Pax married Barbara Jean Cailor in 1958; they lived in Cleveland Heights, OH. She preceded him in death in 2001. Pax is survived by his daughter, Anne (Randall Marshall) of Olympia, Washington, and son Jim and granddaughter Barbara Kate of Rainbow City, Alabama.

Pax was active with Plymouth Church, where he participated in activities including Meals on Wheels and building and sharing toys for, and with, inner city children. He was active with the Cleveland Bonsai Club for 45 years.

A private graveside funeral service for Pax will be held at LakeView Cemetery in Cleveland, Ohio. Pax will be laid to rest, next to his wife, Barbara Jean Cailor Van Sweringen.

To order memorial trees or send flowers to the family in memory of J. Paxton Van Sweringen, please visit our flower store.