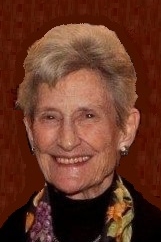 Josephine Newcomer Inkley, a native Clevelander, died at home Monday, February 22, 2021. Born August 5, 1921 to Ruth Chisholm Newcomer and Frank Christian Newcomer, Josephine graduated from Laurel School and attended Bennett College. She made her debut in 1939 at The Assembly Ball.

The family requests that, in lieu of flowers, donations be made to the Cleveland Museum of Art or a charity of your choice.

A private family graveside service will be held at the Orange Hill Cemetery in Hunting Valley.

To order memorial trees or send flowers to the family in memory of Josephine Newcomer Inkley, please visit our flower store.