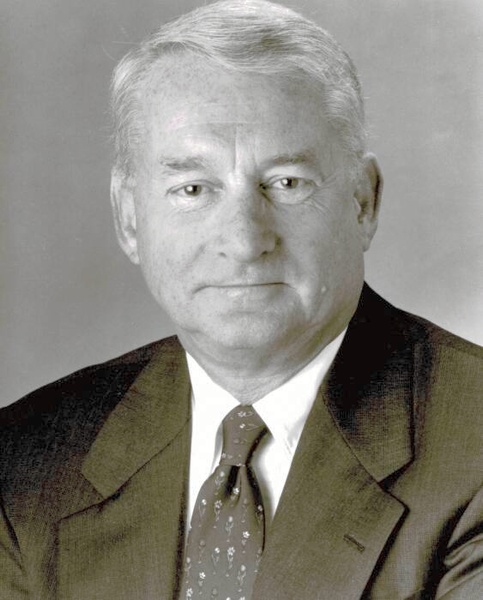 Jonathan “Jon” E. Thackeray of Chagrin Falls, OH (formerly of Darien, CT and Captiva, FL) passed away peacefully in his home on May 2, 2020, surrounded by his loving family.  Born in Athens, OH on July 30, 1936, he was the son of Joseph and Betty.  He graduated from Harvard College in 1958 and from Harvard Law School in 1961, having received a full academic scholarship.  While at Harvard, he was the piano accompanist to the Harvard Glee Club.  After law school, he graduated first in his class from both Officer Candidate School and the Naval Justice School in 1962.  He served as a legal officer, mostly at posts in Japan, including aboard the USS Coral Sea and the Commander Destroyer Flotilla One, until he was released from active duty as a Lieutenant in 1965.

Joining the law firm of BakerHostetler in Cleveland in 1965, Mr. Thackeray was a well-respected antitrust lawyer who spent much of his career dealing with the application of the antitrust laws to the mass media, particularly daily newspapers. As a partner at BakerHostetler, he represented The EW Scripps Corporation and The Hearst Corporation as well as other significant newspaper companies. He left BakerHostetler in 1993 to become inside General Counsel at The Hearst Corporation. He retired from Hearst in 2003. He was a pioneer, dealing with the legal intricacies of Joint Newspaper Operating Arrangements (an exemption from the federal antitrust laws for newspapers created by Congress in 1970). While the formation of these arrangements was his focus for many years following the passage of this law, he later mastered the issues presented by the demise of the arrangements as the economics of the daily newspaper business took a downturn.

He is survived by his wife, Sandra, his four children, Jennifer, Sara, Amy and Jonathan, and his five grandchildren, Mackenzie, Keaton, Matthew, Kayla, and Taylor, and sister Ellie. As an adoring grandfather, in his later years, few things brought “Papa” more joy than visiting, talking with, and cheering on the milestones of his grandchildren. He enjoyed spending winters at his home on Captiva Island, FL.  An accomplished classical pianist, he was a key member of the Darien Community Association’s Duo Piano Group of Darien, CT, performing two concerts per year. He was also an avid traveler, ultimately reaching his goal of visiting 100 different countries in his lifetime. A kind, gentle, brilliant and caring man who was dearly loved by family and friends, he wowed those whom he met with his vast intellect, quiet and understated demeanor, and virtuosity on the piano. His life will be forever cherished in the lives of his wife, children, and grandchildren. A celebration of life will be held at a later date. Donations can be made to the Alzheimer’s Drug Discovery Foundation, 1414 Avenue Of The Americas, New York, New York 10019.