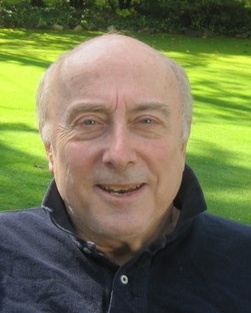 Jack graduated from Shaker Heights High School. While he was a student there, his extracurriculars included developing his skills at tennis, swimming, sailing and figure skating. Jack enjoyed teaching young students to swim while working for  Shaker Recreation during his college summers. Growing up in Shaker, Jack was a member of Plymouth Church, Cleveland Skating Club, Mentor Yacht Club and Cleveland Yacht Club. When he was a student at Colgate University, Jack developed his love of pianos, popular music and skiing.  Jack returned to Cleveland to attend Case Western Reserve School of Law.  After graduating, Jack finished his education by earning an MBA at the Wharton School of Business at the University of Pennsylvania.

Jack returned to Shaker Heights to begin his career in law and finance in the trust and estates department at Cleveland Trust.  He later went on to work at Firestone, Coca Cola, Fifth Third Bank and Progressive Insurance. Jack worked in both Chicago and Atlanta, but he preferred to come home to Shaker Heights to live his life with his many friends and athletic activities.

When he returned to Cleveland, Jack became an active member of The Junior Council on World Affairs, The John Hay Forum and The English Speaking Union and St Paul’s Episcopal Church. Jack loved local Cleveland history, hosting parties, enjoying good food, talking to people and connecting people to each other. Along with his closest friends, Jack organized and held large parties at Clubs around the East Side. Later in life, he hosted an annual Christmas Party at his home that was one of the highlights of his year.  Earlier this past autumn, a close friend of Jack’s remarked that quite a number of couples in their social set met their spouse at one of Jack’s parties!

While at Law School, Jack joined The Country Club of Pepper Pike where he became a longtime member. He played regularly in both the Inner Club Tennis and the Platform Tennis Leagues. In later life, he helped to organize and host The Speaker Series at The Country Club.  He brought in local Clevelanders and Club members to speak on different subjects including historical house architecture and furnishings, prominent local art and book collections and the personal reminisces of a member’s conversations with numerous United States Presidents. Jack also arranged for musical evenings at The Club featuring his beloved piano music.  Jack kept his love for tennis alive by promoting the Nenner Cup Championship held at the Club  each summer. At home, Jack enjoyed his passion for pianos  by collecting and refinishing player pianos as his hobby. His favorites were his Steinways and Chickering grand pianos.

Jack was an extrovert with an extraordinary memory. He was always upbeat, energetic and enjoyed talking for hours. His family history and the history of prominent Clevelanders and their historic houses were a favorite subject for him to share with family and friends. On his maternal side, Jack was descended from multiple Mayflower passengers and Revolutionary War officers. He was a member of the Pennsylvania Society Sons of the American Revolution.  On his paternal side, his Swiss grandparents immigrated to the United States during WW I via Paris.

A celebration of Jack’s life will be held later. Details to be announced at a future date. The family prefers that those who wish may make donations to The Shaker Historical Society, 16740 South Park Blvd., Shaker Heights, Ohio 44120 or call 216-921-1201 or www.shakerhistory.org