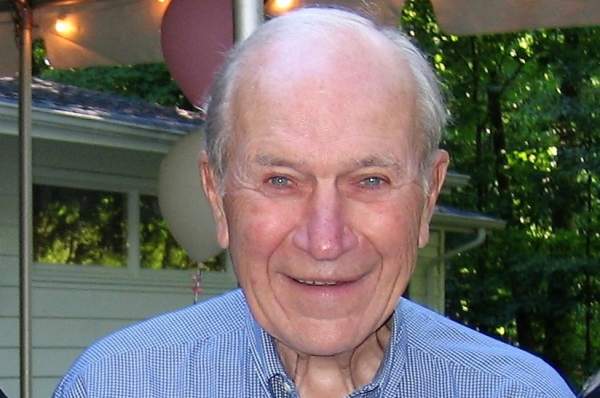 Jack entered the United States Navy in 1944 before he turned 18, and served as a radar man on the aircraft carrier U.S.S. Cabot and others in the Pacific area until his 1946 discharge. He graduated from the University of Notre Dame in 1949 with a Bachelor of Science degree and joined the accounting staff of the firm his father has founded, Rouse, Favret & Company.  He became a certified public accountant in 1954 and joined the international public accounting firm of Haskins & Sells when it merged in 1955. He was transferred to Cleveland and became a partner in Deloitte Haskins & Sells in 1966, then retired from the firm in 1989.

Jack was an active member of St. Dominic Church since 1961, having served as a member and President of the Parish Council and one of the founding members and President of the Bulldog Club.  He was an assistant coach of the school football team and served for ten years as a teacher of religion to high school boys.

Mr. Favret was also active in community affairs, as a trustee of Buckeye Boys State and Director of The Marotta Montessori School in the inner city of Cleveland.  He was a trustee and past president of the PATH Association, a community organization interested in improving housing for the low and moderate income families in the inner city.

Jack loved the adventure in travelling the world with his wife.  Together they toured the USSR, China, Hong Kong, South America, Canadian Rockies, Africa and all over Europe.  They renewed their vows on their 60th wedding anniversary on shores of the Sea of Galilee.

He enjoyed playing golf and was a member of the Shaker Heights Country Club.  He also enjoyed sailing his Ensign sailboat in the Les Cheneaux Islands, where he had a summer home, and belonged to the Les Cheneaux Yacht Club.

His family will always remember him “When Irish Eyes are Smiling”.