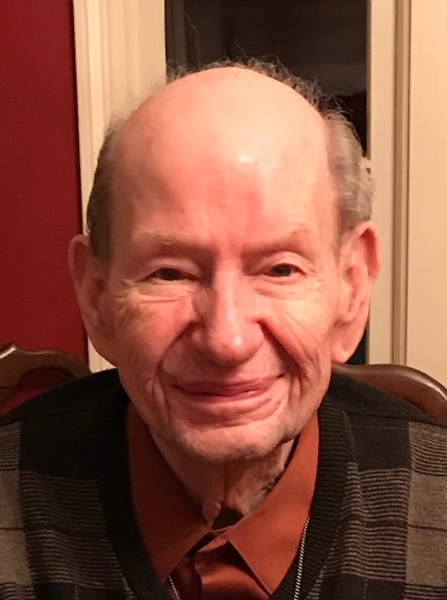 John was born on December 2, 1931 in Watertown, WI to John and Erna Groenke. He was the second of four children with older brother Frank, younger brother Don and his sister Karleen. He was very close to his sister whom he nicknamed Boots and he bought her red boots. His parents were Lutheran School teachers, they served at Bethesda Lutheran Home in Watertown. When John was 13 they moved to Fairmont, MN. John graduated from Fairmont High School and attended Concordia Seward, Nebraska. He enlisted in the Airforce and was stationed at Lackland AFB in San Antonio, Texas. There John met the love of his life, Marcy, at Mt. Olive Lutheran Church where she was organist and taught in the school.  They were married on Christmas day 1951 after John received orders to ship out to England on their original wedding date of January 6, 1952.  John served as assistant to the Chaplain at Ruislip Airforce Base outside of London. Marcy was able to join him in England in June of 1952. Their first child, Evelyn, was born in England. When he was discharged from the service he moved with his family back to San Antonio. He was recruited to sell life insurance, a career in which he experienced great success. His daughters, Linda and Kathryn, were both born in San Antonio.

His success in sales resulted in a quick promotion to General Agent first with Lutheran Mutual and later with Aid Associations for Lutherans. In that capacity he was able to share his faith not only with his agents but also with the customers he served. He led agencies in Corpus Christi, TX; Waverly, IA; Minneapolis, MN; Rockford, IL; Columbus, OH; Philadelphia, PA; and Northport, NY. He retired from Aid Associations for Lutherans in 1990 and moved with Marcy to Rock Hill, South Carolina.

Although John found success selling insurance, his true passion was sharing Christ with those he met. His mother shared the story that from a young age, John would line up his stuffed animals and preach sermons to them. He chose to work for companies that reflected his Christian values. He and Marcy were always active in church and lay ministry. They helped to start a mission, Peace Lutheran Church, in San Antonio. John led the Ohio Conference on the Holy Spirit, in Columbus in the late 1970s. He worked with his wife Marcy to organize the Philadelphia contingent for the Washington for Jesus Rally in 1980. He served as Chairman of the Board of Elders for Morris Cerullo ministries and on the Board of Directors of Inspirational Network and Morris Cerullo Ministries. HIs service in ministry took them to many cities and countries including Ivory Coast, Israel, England, Canada, and Mexico.

In 2004 he moved with his wife Marcy to Jennings Center for Older Adults in Garfield Hts, OH to be closer to family. Marcy died at Jennings, on November 20, 2011. John continued to live in his home in the Holy Spirit Villa. In November 2019 he relocated to their Assisted Living where he enjoyed three meals a day and Ice Cream with every dinner, always chocolate. He celebrated 88 years of life with his family on December 2 at his favorite Mexican Restaurant. On December 18th he went on an outing with Jennings to see the Christmas lights in Downtown Cleveland and to view the Festival of Trees at Playhouse Square. He fell asleep in Jesus on the morning of December 21. We loved him dearly and will miss him always.