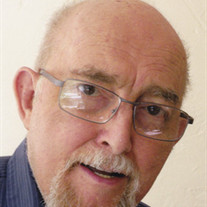 John was born in Lampassas, Texas. He was the beloved son of the late Harl O. Piety and Helen C. Piety (nee Vanderveer). He was a longtime resident of Cleveland Heights and moved to Judson Park Retirement Community in 2015.

John lived and went to school in many places as a child, including Mexico, Germany and Peoria, Illinois. He learned Spanish while he was in Mexico. He attended the University of Oklahoma and received a Bachelor's in Anthropology and a Master of Library Science. John worked as an academic librarian at University of Arizona, Pan-American University and at John Carroll University until his retirement.

The family prefers that those who wish make contributions in his name to your charity of choice. Private Family Services.