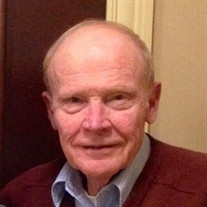 John Meredith, born on March 30, 1945, died on April 10, shortly after his 72nd birthday. He was a quiet optimist, possessed a keen intellect, and was a longtime sports fan with a special affection for University of Michigan football. Above all, and most importantly, those who knew John will remember him as a kind soul.

John grew up in Farmington, Michigan, the son of a teacher and a bookseller. He attended the University of Michigan, where he was actively involved in the Michigan Daily student newspaper, serving as the paper's associate managing editor his senior year. He graduated in 1967. His plans for law school were deferred when he enlisted in the U.S. Army, serving on active duty for nearly three years, culminating with service in Vietnam from July 1969 to July 1970 as a Signal Officer in the 7/1 Air Cav at Vinh Long Airbase. Before going overseas, John married Kathleen on March 21, 1969, a marriage that would last until John's death just over 48 years later.

After being honorably discharged from the U.S. Army, John went on to law school at the University of Michigan, where he won the Campbell Moot Court Competition during his senior year. After graduating in 1973, he took a job as an attorney at the law firm of Squire, Sanders and Dempsey (SS&D), and settled in Cleveland with Kathleen. John went on to become a partner at the firm, practicing law at SS&D for 30 years, where he most enjoyed the intellectual rigor and writing involved in his work.

Following retirement from SS&D, John enjoyed working part-time as a mediator, which kept him busy and his mind engaged. Also, John's lifelong reading habit intensified as he got older, particularly as his chronic obstructive pulmonary disease became more physically limiting. He consumed current events from publications like the New York Times, the Wall Street Journal, and the Economist, and voraciously read about U.S. and world history, with a special interest in biographies. Recent reads included biographies of Winston Churchill, Lyndon Johnson, and Harry Truman. His final book, left beside his favorite reading chair, full of notes and not quite finished, was a biography of Ruth Bader Ginsberg.

John had a small circle of longtime friends, with whom he communicated frequently and deeply enjoyed occasional visits. These friends were dear to him. John also loved Kathleen, his children, and his two young grandchildren. These relationships, along with reading and his innate good nature, kept John upbeat right through to the end of his life.

The Meredith family would like to thank all of those who have stopped by, called to offer support, or shared a fond memory of John with thema�"it has given us great comfort hearing from you all. Also, we would like to thank John's long-time, much-liked pulmonologist Dr. Joe Zein of the Cleveland Clinic for his years of exceptional care and supporta�"knowing John had Dr. Zein helped us all to rest a little easier.

In lieu of flowers, donations may be made to WVIZ Public Television in Clevelanda�"or just reflect on a good memory of John. http://wviz.ideastream.org/donate-now