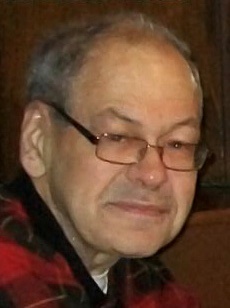 John Haring (age 74) of Cleveland Heights passed away on February 18, 2021.  He is survived by his cousins Gail Wagner (John), Holly Cole (Norm) and Lauri Hageman (Charles).  In 1964 John graduated from Warrensville Heights High School where he ran track and played trombone in the band.  He then graduated from Cleveland State University with a math major.  John worked at Burrows in Cleveland Heights and for many years at Key Bank in downtown Cleveland.

He is preceded in death by his father, The Reverend Robert Haring and his mother, Doris Bennett Haring.  His father was the minister at Trinity Presbyterian Church in Beachwood, Ohio, for many years.  He was responsible for building the church and congregation.  John and his family enjoyed many summer vacations together in Gloucester, Massachusetts.