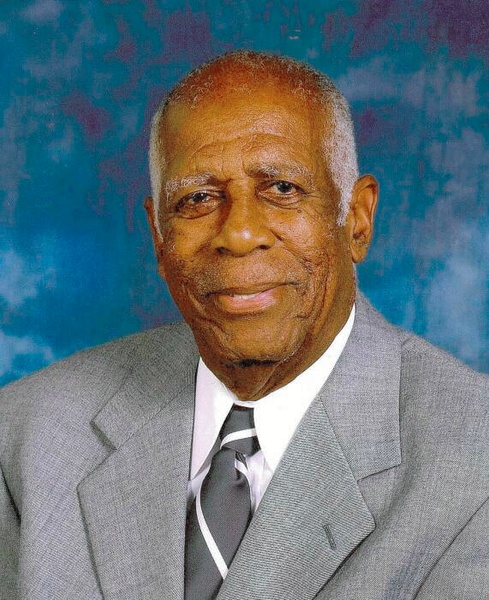 A Round of Applause for A Life Well-Lived

Not a snowflake fell in Cleveland, Ohio, on the day John Robert Hardin was born during the winter of 1930. He was the third child and only boy gifted to John and Luevada Hardin, formerly of Greenville, Georgia. Everything suggests that his older sisters Barbara and Elizabeth--properly spaced at two and four years his senior--doted on him throughout life.

John’s extended family began arriving in Cleveland during the Great Migration, more than a decade before his birth. He grew up surrounded by a group of older cousins who kept him in line...and loved him dearly. Cousins Rufus, Clarence and Milton were among the boys closest to John well into adulthood.

Kind. Pleasant. Even-Tempered. Generous. Friends and family described John and a stand-up guy. His early life memories included attending Giddings Elementary School, playing baseball and meeting his mother at the trolley car stop after work to walk her home. His father was employed at the old Grabler factory. The family made Cory Methodist Church their home church for decades; his Mom sang in the choir and his eldest sister volunteered to work in the credit union office many years. When the church moved to a former temple on East 105th Street, John enjoyed swimming in the church’s indoor pool and taking part in youth programs. The family moved to the Glenville area and resided on Kempton Avenue.

John proved to be athletic, excelling at baseball, his great love. He spent time outside the fence at the now-legendary League Park watching sports teams practice and dreaming. He graduated from segregated Central Senior High School with average grades and a black car. And he was a prankster.  “He offered me a ride home from school on a very cold day,” recalls one lifelong friend, “I said, ‘sure.’ Then, just as I approached the car, he drove away and left me!”

After a commitment to his country in the United States Air Force learning all about radar, John remained stateside and found his bride, Barbara, in Buffalo, New York. The two married in 1954 and made Cleveland their home for the rest of their lives. The union brought two children, Deborah and Duane and eventually three grandchildren, Brandon, Aubre’ and Matthew.

In a nutshell, John was a man who enjoyed tooling in his garage, yard work and driving Buicks. Family vacations included interesting adventures like touring Ohio; renting an RV with another family to explore the New England states; and a trip to Montreal, Quebec, Canada. And he enjoyed fishing expeditions to Canada with his buddies and young brother-in-law.

He cared about giving back to the community and demonstrated it by volunteering as Scoutmaster for his son’s Cub Scouts Webelos troop. He donated annually to the United Way. Later in life, he threw financial support to many organizations, particularly those who aided children in need including, but not limited to: St. Joseph’s Indian School, Boys Town and Smile Train.

Of particular note: John’s legacy lives on from his voluntary participation in clinical studies designed to promote better care for those in the claws of Alzheimer’s Disease and/or dementia. He and his daughter took part in webinars, support groups and joined in multiple, non-invasive studies conducted by researchers at:

the University of Michigan (Weighted Blanket Study);
the University of Alabama, Birmingham (Reflections Caregivers Study);
a joint study sponsored by Stanford University, as a beta client for a specially designed app to promote calm and well-being in individuals with a range of cognitive disorders and
a six-month study funded by the Rosalynn Carter Institute for Caregiving at Georgia Southwestern State University.

His involvement may pave a clearer path for others.

John used his experience, studied while driving for Cleveland Transit System (CTS) and tested for a job in radar for the Department of Transportation’s Federal Aviation Agency; he landed at Oberlin. He served the people of the United States of America for 35 years and 5 months. Before retiring in 1990 as an Air Traffic Control Specialist, John also trained and traveled the nation in the mid ‘70s through the ‘80s working as an Equal Employment Opportunity (EEO) Counselor.

The cases were varied and often challenging. He found his work rewarding and important in holding the government accountable for diversity, equity and inclusion starting nearly 50 years before it became a corporate initiative and a 21st-century civil rights movement mantra.

After retirement, he was tapped to become a board member of the National Minority College Golf Scholarship Fund. From tournaments to fundraising concerts (the O’Jay’s were frequent performers in their heyday) John worked beside many notable Greater Clevelanders for more than a decade to provide unprecedented opportunities and financial aid to young men and women of color. The group promoted the world of golf as a means of advancement in academics and life. And, the group reportedly raised more than one million dollars for youth before it was merged/absorbed by the Professional Golf Association (PGA) in the late aughts.

He became more involved with the activities of St. Dominic Church after being widowed in 2002; he had converted to catholicism prior to his marriage. Volunteer efforts included becoming a Reading Partner for students at the school and becoming a huge proponent of the annual weekly fish fry events during Lent (recruiting friends and family to join him at a big round table in support). He became good friends with Joe, Bob, Marv and others. The guys would make the old Panera Bread location on Van Aken a weekly stop for coffee and pastries.

In the decade after the turn of the century, John--also known as Granddaddy and Bumpa--began to experience memory loss. He continued to garden and stay involved with friends and family for as long as he could; his losses were gradual yet permanent.

Family--like his great-niece Ashley--and friends who remained in touch with John during his challenges enriched his life greatly. With a grateful heart, an extra special thank you goes out to his sister-in-law Beverly Tabb, longtime friend Dr. Lenore Floyd along with lifelong friends Houston Murray, Shirley Kilpatrick and George Thornton for never giving up on an old friend. John is survived by those previously named and his brother-in-law, Neal, along with his nieces and nephews including Donald, Sonya, Corinth and Cleo, Brian, Charla, Kim and Luis. Thank you to his caregivers over six years: Gerard, Monica, Shonda, Gary and Andrew.

Although John could not articulate it, all visits, prayers, cards and calls meant the world to him and helped to show he was loved until his last breath on April 10, 2021.