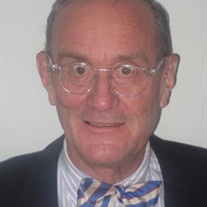 Dr. Greppin attended The Allendale School, in Rochester, New York, Dartmouth College, and University of Rochester. He received a Ph.D. in Indo European Studies at UCLA in 1972. He taught Greek and Latin at the Woodstock Country School in South Woodstock, Vermont, and was a Professor at Cleveland State University from 1975-2010. Author of 16 books and 500 articles and reviews.

His academic specialty was Classical Armenian. He, along with his family, spent a year in Soviet Armenia on a State Department grant in 1974-75. In 1998 he spent a semester in Gottingen, Germany as a visiting Professor. He founded the Annual of Armenian Linguistics and edited it for 25 years. He also co-edited Raft, a Journal of Armenian Poetry and Criticism.

In lieu of flowers, the family prefers that those who wish make contributions in his name to University School, 2785 Som Center Road, Hunting Valley, OH 44022.