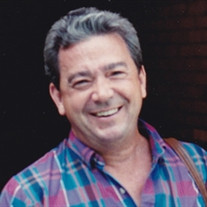 John Francis Patrick Finnegan was born April 18th, 1943 to Bridget Casey Finnegan and Thomas Finnegan.  He was the dear brother of Thomas, Robert (Maryellen), Michael, and the late Mary Fitzpatrick.  John was the husband of the late Christine Forward-Finnegan for 16 years and remained a friend until her passing in 2009. He was the beloved father of Sarah N. Finnegan (fiancée Alex Restaino), Sean F. Finnegan, and Brendan W. Finnegan; brother-in Law of Dewey Forward, Jeff Forward, and Patty Brushette; cousin and uncle of far too many to count.  John's daughter, Sarah, is a graduate from The Ohio State University with a degree in International Studies, and currently works for The Peace Corps in Washington D.C. while working on her Master's in International Relations at American University.  Sean graduated from Miami University with a degree in business management and currently works in Cleveland, Ohio for his uncle, Dewey Forward. Brendan graduated from Ohio University with a major in business marketing and currently works in New York for Deutsche Bank.

John graduated from Cleveland's Saint Joseph high school in 1962. He then went on to spend one year at The Ohio State University before taking an extended sabbatical, during which time he was on active duty in the U.S. Army from 1966-1968 and fought as a combat infantryman, 1st Infantry Division in Vietnam. He went on to finish his education at Cleveland State, eventually earning his master's degree in counseling. In his professional life, he worked in healthcare administration in a variety of settings, became involved in politics through working with George Voinovich and eventually ran for county-level political office in Illinois, and finally within the financial planning field prior to retirement.

John was a gifted and passionate writer. He often wrote newspaper editorials that were published throughout the years, contributed to psychology and alcohol addiction textbooks, and even started his own children's book focusing on the Tooth Fairy.

John was very involved in community groups, notably in various 12 Step support groups. He enjoyed hobbies such as traveling, history, nature, and finding the perfect deal. His playful spirit and humor endeared him to almost everyone he came in contact with.

The Finnegan family prefers that those who wish make a donation to The Boys and Girls Clubs of Cleveland at www.clevekids.org , as John Finnegan was a stalwart believer in improving children's futures and Cleveland's future, as the success of both goes hand in hand.

PDF Printable Version
To order memorial trees or send flowers to the family in memory of John Finnegan, please visit our flower store.