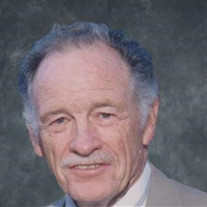 He was born in East Orange, NJ on July 15, 1929 to Matthew Douglas and Sarah Gray Smith and grew up in the Union, NJ areaa�"graduating from Union High School in 1946. After working at Standard Oil and attending night school at Rutgers University, he attended and graduated in 1952 from Heidelberg College (Tiffin, OH) with a major in business administration and psychology. He married his college sweetheart (Marilyn Thomas) in 1952 and then served in the United States Army (Camp Gordon, GA) from 1952-1954 and left the service with an honorable discharge at the rank of Sergeant. In his letter of discharge, he was described as "aggressive, conscientious and willing to accept responsibilities that rate a much higher rank"---descriptors that were apt throughout his entire life.

John received his MBA from The Ohio State University in 1955 with a major focus on Industrial Management. He began his academic teaching career as an instructor from 1955-1957 at West Virginia University. He received his PhD from Cornell University in 1960 with a major focus in Human Resource Development. Next, he served as an Assistant Professor at Wayne State University (1960-1962) in the School of Business Administration. From 1962-1973, John would serve at the University of Kentucky's College of Business and Economics. During his time there, he would be promoted to Professor, serve as Chairman of the Department of Business Administration (1972-3) and serve as Assistant Dean for Program Development (1972-3).

In 1973, John was named the Raymond E. Glos Professor of Business at the School of Business Administration at Miami of Ohioa�"a position he held until his retirement from Miami in 1998. During his time at Miami University he served as Department Chair (1980-1989) and Associate Dean of the Business School (1989-1993). John was responsible for developing the international program at the Business School and took extreme pride in his mentoring relationships with students and colleagues. John was also a co-author of 6 textbooks in the fields of Management and Marketing, and author of numerous publications, presentations, and case studies. Over the course of his career he also served as a consultant to such businesses as Kentucky Fried Chicken, Ashland Oil, Texas Instruments, and Ford, Chrysler and Cadillac Motor Companies.

In addition to John's numerous professional accomplishments, he was also very proud of his work in the church, his amateur sports achievements, and his music involvement. John sang in the college choir at Heidelberg College where he met the woman who would be his wife of 64 years. John and Marilyn's love of musica�"be it choral singing, orchestral, opera, the Oxford Community Band, or barbershop quartets-- remained a constant throughout their lives together. Their love of music was shared with many friends as well as familya�"and their son (John Thomas) became a renowned music director and conductor of opera theater at Temple University prior to his death in 2010.

John (and Marilyn) were also very active in Oxford United Methodist Church throughout their 30+ years in Oxford, OH. They were active members of the Chancel Choir, participated in Bible Study groups, helped work on raising funds for the church and were regularly engaged in many aspects of life at OUMC. Their connection to OUMC continued even after they moved away from Oxforda�"through letters from many church and community friendsa�"especially Ellen Harp who wrote them every week for 8 years!

Finally, no obituary of John Douglas would be complete without mentioning his extreme competitive nature. He strove to be the best at each sport or game that he played and expected others to do so as well. Even in his late 80's, when involved in balloon volleyball that was played at Kemper House, he was out for blood---many of his fellow residents kept their distance from him when playing volleyball for fear of getting smacked by his forceful blow!

A private family service will be held in March in Union, NJ and a celebration of life for both John and Marilyn Douglas will be held at Oxford United Methodist Church in April, 2018a�"details to follow. In lieu of flowers, the family requests that donations be made in honor of Dr. John Douglas to the "John T. Douglas Fund" ( https://www.temple.edu/boyer/support-boyer/index.asp ). John loved music his whole life. He was incredibly proud of his son's commitment to teaching, mentoring and nurturing of students and young singers. This is a fitting tribute to John's own love of music, of nurturing young professionals and the love and devotion that both he and Marilyn shared for their son.

To order memorial trees or send flowers to the family in memory of John Douglas, please visit our flower store.