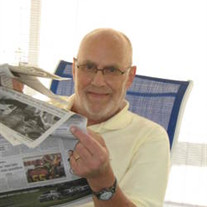 John was a Trustee of John Carroll University for 12 years, President of its National Alumni Association for 2 years, as well as chairperson of its Alumni Annual Fund. He was also Chairman, and a member of the Board of Trustees, of the Ohio College of Podiatric Medicine, over the course of two decades.

Mr. Baker had been 'Of Counsel' to, and was a retired partner of, Weston Hurd LLP (Assistant Managing Partner and member of the Management Committee). He was a member of the Bars of the Supreme Court of Ohio, the United States District Court for the Northern District of Ohio, the Sixth Circuit Court of Appeals, and the Supreme Court of the United States. He lectured on & taught medical law at The Ohio College of Podiatric Medicine and the Case Western Reserve University School of Dentistry. He had been a frequent presenter at CLE conferences on procedural and substantive litigation matters, higher education law, insurance, ethics, professionalism, substance abuse, and other subjects.

Recently, a major focus of Mr. Baker's volunteerism was at the University Hospitals' Case Medical Center, Office of Pastoral Care and Ministry. He also dedicated his efforts to the Cleveland Clinic Foundation's Alcohol and Drug Rehabilitation Center; and had past involvement at Recovery Resources, and the Boards of Club 24 and the former Fresh Start. John spoke on Recovery From Brain Attacks from a patient's perspective, and also advocated on behalf of stroke victims and the National Stroke Association.

John retired from Weston Hurd in 1999. The greatest joy in his life were his four children and four granddaughters. John continued to volunteer at UH up until the week before he was admitted to the hospital.


PDF Printable Version
To order memorial trees or send flowers to the family in memory of John Baker, please visit our flower store.