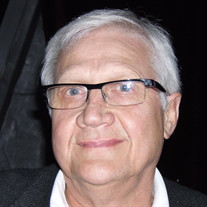 Joel received his law degree from Case Western Reserve University School of Law, where he was a board member of the Case Western Reserve Law Review. After graduating from law school, Joel served as a law clerk to the Honorable Jack G. Day, Judge of the Eighth District Court of Appeals of Ohio. Joel became a partner of Kelley, McCann & Livingstone and eventually became the managing partner for a significant period. Joel was an instrumental force in leading the firm's merger with Taft Stettinius & Hollister in 2001.

Joel served with distinction as the Chief Legal Counsel for Case Western Reserve University (CWRU) for over 30 years and was credited with helping grow the institution into what it is today. Joel was a nationally known college and university law attorney and member and officer of the National Association of College and University Attorneys and he served United Educators Insurance Group on many significant and landmark cases. Joel was a member of the CWRU Society of Benchers, an organization that gives recognition to graduates who have especially distinguished themselves in their professions and their communities thereby bringing honor to the law school.

The family prefers that those who wish may make contributions in his name to Case Western Reserve School of Law, 10900 Euclid Ave, Cleveland, OH 44106 and the American Civil Liberties Union of Ohio, 4506 Chester Ave, Cleveland, OH 44103. Memorial Services will be held at Amasa Stone Chapel, 10940 Euclid Avenue, Cleveland, Ohio 44106 on Thursday, October 12 at 4 PM. (Suggested parking in Severance Hall garage across the street). FRIENDS MAY CALL AT BROWN-FORWARD, 17022 CHAGRIN BOULEVARD, SHAKER HEIGHTS, OHIO 44120 ON WEDNESDAY, OCTOBER 11 FROM 6-8 PM.
To order memorial trees or send flowers to the family in memory of Joel Makee, please visit our flower store.