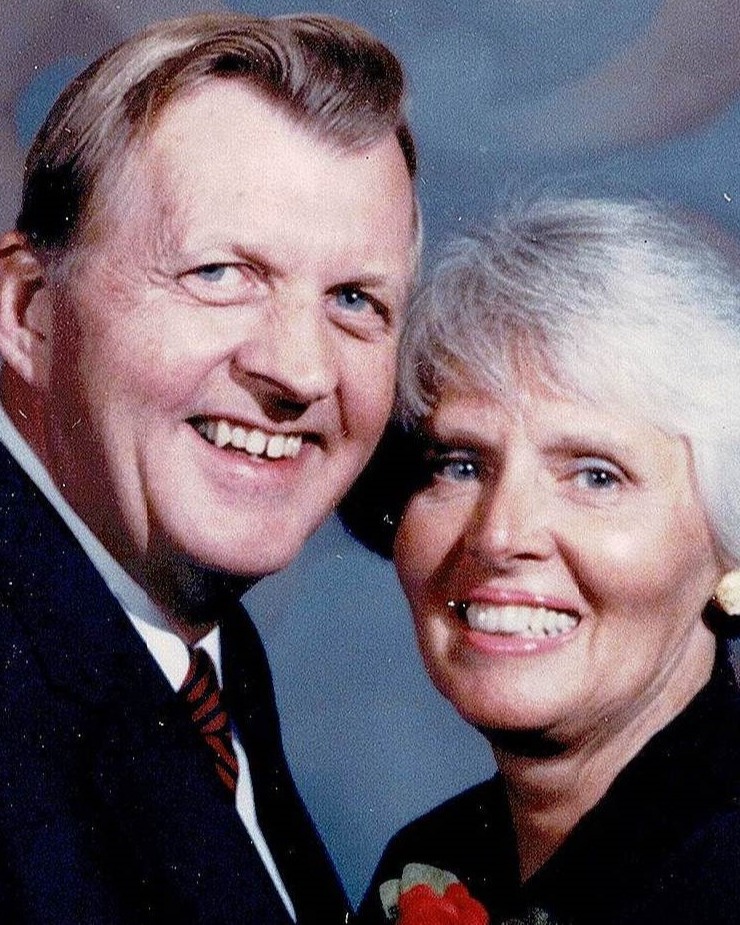 Joan was born to Lawrence and Ruth Dietz of Cleveland, Ohio and was the eldest of their three children.  At age 14, Joan met the love of her life, William (Bill) Nelson after seeing him repeatedly ride by her home on his motor bike.  The young couple dated for several years during Bill's service during the Korean War and while Joan obtained her nursing degree from St. Vincent Charity School of Nursing.  They married in 1955 and their union was blessed with the births of their six children.  Joan loved nursing and was even featured in the Alexandria, VA newspaper as she was the neonatal nurse for the smallest baby born at 1.14oz.

Family and, especially, time with Bill brought Joan her greatest joy.  After their children were grown, the couple relocated for job opportunities to FL and TX.  Joan and Bill eventually returned to Ohio and remained devoted to one another until his passing in 1998.  Joan spoke frequently of her beloved husband and, after his death, signed every card and letter, "With love, Mom (and Dad in Spirit)."

Joan's nursing career spanned six decades until she finally retired in 2016 at the age of 83.  She was a devout Catholic who attended St. Dominic's church, volunteered with the Arthritis Foundation, and cared for several ill friends with grace, compassion, and professionalism.  In her later years, she remained active with daily walks, swimming, gardening, reading and Sudoku.

Per Joan's wishes, cremation has occurred and a private graveside service will take place.  Donations in Joan's memory may be made to the Arthritis Foundation or the charity of your choice.

I am home in Heaven, dear ones;

Oh so happy and so bright!

There is perfect joy and beauty

In this everlasting light.

All the pain and grief is over,

I am now at piece forever,

Safely home in Heaven at last.

Did you wonder I so calmly

Trod the valley of the shade?

Every dark and fearful glade.

And He came Himself to meet me

in that way so hard to tread;

And with Jesus' arm to lean on,

Could I have one doubt or dread?

Then you must not grieve so sorely,

For I love you dearly still:

Try to look beyond earth's shadows,

Pray to trust our Father's Will.

There is work still waiting for you, so you must not idly stand;

Do it now while life remaineth-

You shall rest in Jesus' land.

When that work is all completed, He will gently call you Home;

Oh, the rapture of that meeting

Oh, The joy to see you come!