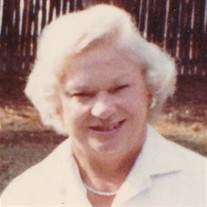 Jo Ann Black was born in 1924 in Springfield Missouri, only child of Gertrude and Joe Young. Their next-door neighbors, Roy and Gladys Black also had only one child, Roy Black Jr., born in 1920. During their childhoods Roy, it's been told, often teased that pesky little girl next door, and she responded with alluring indifference coupled with impishness.

Roy left home for college, and upon returning for vacations discovered that the little girl next door was becoming a beautiful young woman. He was hooked, and the attraction became mutual. Over the next several years, while Roy was in flight school, their love and devotion was primarily shared in daily letters and frequent road trips.

Jo Ann graduated high school and began college in 1942. However, in December of 1941 the United States entered into WWII, and boyfriend Roy was soon sent to Tucson AZ. as a flight instructor for the Army Air Corps. Story has it, that Roy and Jo Ann became engaged over the telephone, and a ring was then mailed to Springfield Mo. Soon after, Jo Ann travelled to Tucson to be married.

These childhood sweethearts lived happily together for 57 years until Roy's death in 2000.

When WWII was over, Roy returned to United Airlines and they lived in various cites, including Denver, New York and Chicago. In 1952, a career opportunity as head of the Flight department with the Studebaker Corporation took them to South Bend Indiana. They loved their years there. They made many close friendships, and spent their leisure time boating, skiing and ice-skating. In 1957 Jo Ann, Roy and their two daughters moved to Cleveland where Roy became head of the flight department for the Diamond Alkali Corporation. (Diamond Shamrock)

Cleveland was their home for their remaining years. They settled into a ranch in the Forest Hills section of Cleveland Heights where they became involved in the community. They enjoyed many wonderful years at the nearby Forest Hill Swim Club; they became members of the Forest Hill Church, where they joined the social group called the "Hilltoppers" and met many of their long-standing close friends. Jo Ann became active in the Hilltop Garden Club.

In addition to spending quality time with her children and grandchildren, Jo Ann enjoyed bridge, golf, swimming and gardening. She and her husband traveled extensively. Jo Ann had a friendly and persuasive personality, a flair for style, and could win you over with just her smile.