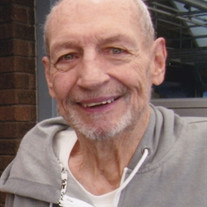 Jerry was born in Glendale, California and was named Jerome Edward Sharpe. After Jerry's father passed away when Jerry was only one year old. Jerry crossed the country between Cleveland Heights and California three times before he was six. Several years later, his mother married Mr. Edmund Berkeley and Jerry was adopted and had his name changed to Jerome Sharpe Berkeley and settled permanently in Cleveland Heights. Jerry attended Roxboro Elementary before going off the Valley Forge Military Academy. He went on to graduate from Kent Prep School, in Kent Connecticut.

Jerry went on to play football at the University of Southern California for part of his freshman year then into the US Marine Corps. After a short stay in the US Naval Academy, Jerry went on to The Ohio State University to play end for the legendary coach, Woody Hayes. After a serious injury on the field, Jerry hung up his spikes and concentrated on getting his law degree.

Jerry obtained his law degree from Western Reserve University Law School and practiced General Law with a few different law firms over the next fifteen years before establishing his own private practice.
Jerry was a member of The Ohio State and Cleveland Bar Associations.

In 1961 Jerry and Jane Reynolds were married, raising their three children and then going their separate ways about ten years later. Jerry was also the husband of the late Dagmar S. Berkeley (nee Smiley), the dear father of Elizabeth V. "Beaux" Berkeley of Harrisonburg, VA.; Jerome S. "Jay" Berkeley, Jr. (Wendy Slain) of Twinsburg, OH and Timothy A. Berkeley (Leigh Anne) of Chesterland, OH. Jerry was the grandfather of Gianna and Connor Berkeley. Jerry also leaves behind his close and dear personal friend, Carol Engler.


PDF Printable Version
To order memorial trees or send flowers to the family in memory of Jerome Berkeley, please visit our flower store.