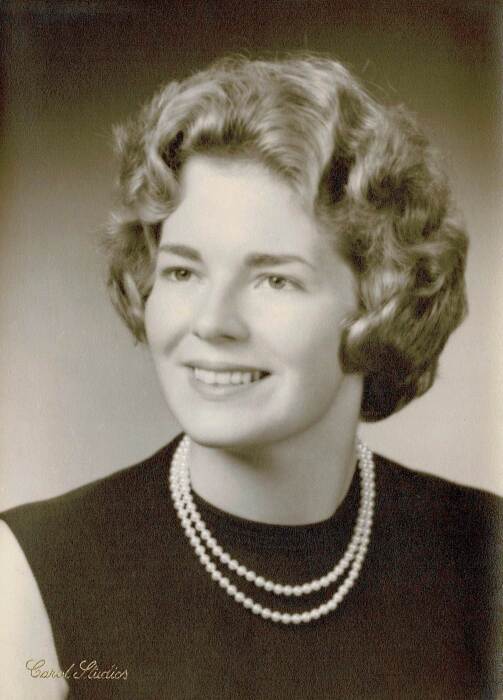 Charlotte Jean Rom (Fitzsimmons) of Shaker Hts., OH, passed away on Saturday morning, July 25, 2020 at the age of 77.  "Jean" was born in New York, NY and grew up in Closter, NJ.   Jean was the beloved wife of Walter O. Rom.  She was the loving mother of Margaret Silberman (Andrew) and Allison Ritley (Richard) of Shaker Hts.  She was a dear grandmother to Zachary, Noah and Benjamin Silberman and Audrey and Robin Ritley.  She is also survived by her brother, Allen Fitzsimmons (Debbie) and her sister, Mary Myers (Tim).


Charlotte Jean Fitzsimmons was born in New York City.  Her parents, John and Charlotte, had a difference of opinion on what to name their firstborn.  At the hospital, her father filled out the paperwork and she was named Charlotte Jean, but they always called her by her middle name.  Jean grew up in Closter, New Jersey, going to the Jersey Shore for the summers.  Those memories were so special, that when her grandchildren were young, she and Walter (her husband) bought a house on a manmade lake out in Ashtabula County.  The entire family spent many summer weekends relaxing, boating, swimming and making s'mores.


Jean went to college at Barnard, and got her PhD at Cornell.  She and Walter settled in Cleveland when he got a job at Cleveland State, where he taught until retiring.  Jean was mainly a homemaker, raising their children, Margaret and Allison.  As their girls got older, she got involved in Girl Scouts, helping to run the troop.  Jean sold Tupperware for a number of years, quickly becoming a top seller.  She also worked as a travel agent for a while and later, transitioned to teaching college. Jean taught part time at a few local colleges and universities, spending several years at John Carroll University.  An outgoing personality, she was involved in a great number of activities from singing in the choir to playing bridge.  She eventually attained the level of life master, which is no small feat.


After retiring, she and Walter concentrated on traveling, playing bridge, attending live theater productions, relaxing at the lake, spending time with friends and enjoying their 5 grandchildren.

The family prefers that those who wish may make contributions in her name to Girl Scouts of Northeast Ohio (https://www.gsneo.org).  A private Funeral Mass will be held on Monday, August 3rd at 11am.  Friends may view the service virtually via live stream by clicking on the following link: ( http://www.stdominicchurch.net/livestream )

Please click here to view the video tribute
To order memorial trees or send flowers to the family in memory of Jean Rom, please visit our flower store.