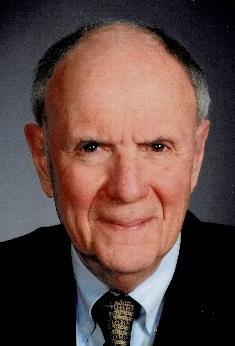 J. David Hunter passed away May 16th, 2020. David was the beloved husband of Anne S. Hunter (nee Stephenson) of Gates Mills, OH and the late Joyce C. Hunter (nee Crichley); he was the dear father of Elizabeth Hunter-Forsythe (William, IV); Laura Hunter and Megan H. Tzefronis (Peter); he was the loved grandfather of Taylor, Abby and Hunter Forsythe, Isabella Hunter Castano and Kate, Olivia and Charlie Tzefronis and the cherished brother of Anne Hunter Jenkins (Tom).

David was born in Cincinnati, Ohio, son of John Albert Hunter and Helen Hudson Hunter. His family moved to Cleveland, Ohio when he was very young. David was a graduate of Shaw High School in East Cleveland and Purdue University in West Lafayette, Indiana.

An engineer by profession his career began at General Motors. From 1973 to 1975 he and his family lived in Berkeley CA where his work was with the US Navy.

After returning to Cleveland he founded his own company ELM Associates, Inc. (incorporated June 27, 1979). The business produced, sold and serviced software systems for business management. In 1980 he embarked on a major project for his client IMG in which his firm played a significant role in coding, developing, and installing computer systems to solve accounting issues for the operations of IMG in 40 countries world-wide.

Other projects that David managed for IMG included the renovation of the IMG offices in Cleveland at East Ninth and St. Clair and in New York City at Madison and 71st.

After dissolving ELM Associates, Inc, IMG asked David to be Project Manager of developing the Indian Wells Tennis Garden near Palm Springs, CA in the Coachella Valley. The 16,100 capacity Stadium 1 is the largest stadium at the tennis complex and the second largest outdoor tennis stadium in the world. It is the home of the BNP Paribas Open, a joint event of both the ATP World Tour and the WTA Tour. It constitutes the fifth largest tournament in the world.

David was a member of Forest Hill Church, Presbyterian for 67 years. As a young boy, he was present at the laying of the foundation stone of the church building. David and his beloved first wife Joyce (deceased June 16, 1996) raised their children at the church. His imprint is on every church building project in the last 40 years. He was an Elder and a Trustee. He served on the ministries and committees of Stewardship, Justice and Mission, Personnel, Adult Education, Budget, Pastor Nominating and Assoc. Pastor Nominating. He was chair of the committee that selected the Casavant organ for the sanctuary, the Accessibility Committee and served on the Sacred Space Committee. During his later years he served as Building Manager using his professional gifts to the service of the church.

David was a founding Trustee of the Forest Hill Church Housing Corporation (FHCHC) in 1971, and served on the Board through 1975. The first project of FHCHC was rehab of a 2-family property at 2200 Taylor Road property—to return it to a single-family house, as it had been originally. It was in deplorable condition! In addition to the hours David donated to scraping and painting the exterior, his parents were part of the Couples Club that participated in the rehab. As David was on the Board until 1975, he was also part of creating the Challenge Fund (CF) loan guarantee program that offered people who could manage a loan payment but who were not considered bankable by conventional lenders an opportunity to borrow funds for needed home repair. The Bank made the loan; FHCHC guaranteed the loan; the house got fixed! At the 10-year anniversary, Dell Duncan, Senior VP of Cleveland Trust Company, told the people assembled that the CF had a better repayment track record than the Bank had on conventional repair loans it made. The CF retains a better than 90% repayment rate, despite the “high risk” nature of the loans—and millions of dollars have been invested in housing in Cleveland Heights. The organization changed its name to the FHC Housing Corporation and most recently to Home Repair Resource Center.

David was a proud Clevelander who enjoyed the sports and arts his city had to offer. He was a devoted fan of the Cleveland Indians and a frequent concert goer. Travel was another highpoint of his retirement years taking him to many places in the USA, in Great Britain and in Europe.

Of all David’s accomplishments and gifts to the community, what he loved most was his family. He so enjoyed all gatherings with his children, their spouses, his grandchildren, and his family at large. He especially treasured hearing about the activities of the grandchildren. He was immensely proud of them. It gave him great pleasure to share their stories with his friends. He enriched our lives in many ways. We are grateful that we knew his wisdom, watched him live a life of high standards and see his generosity live on in the community. The memories we have of being together with David will always be cherished. He will be deeply and forever missed.