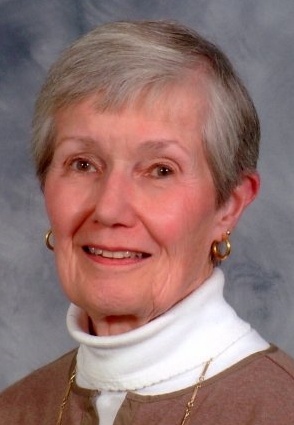 Jane H. Maier Smith was born the third daughter and youngest child to John C.  and Henrietta “Hetty” Maier in Woodbury, New Jersey, on August 9, 1929.  While attending Oberlin College to study Studio Art, she met her future husband, George, who was studying Pre-Med/Chemistry. They were married December 27, 1954 while George was in his fourth year of medical school.   In 1962, following George’s medical residency and two years of service in the U.S. Army, they moved to Lyndhurst, Ohio.  In 1967, they moved to Shaker Heights where they resided for the remainder of their respective lives.

As her four children grew, Jane pursued several unique hobbies.  She took up flying in her early 40s , proudly earning her pilots license in 1971.   Jane began playing the piano again, building upon the lessons from her childhood, and learned how to play the church organ.  Her love of music extended to singing, and she took voice lessons for many years.  Furthermore, as a continuation of her training in college, she attended painting classes, her primary medium being watercolor.

An avid reader, as a young adult Jane worked for the Cleveland Public Library at the Union Branch.  While her children were teenagers, Jane began working at the circulation desk at the Bertram Woods Branch of the Shaker Heights Public Library system, later becoming an assistant reference librarian.

As a member of First Baptist Church, Jane sang in the Chancel Choir for several decades, played in the handbell choir, became a Stephen Minister later in life, and helped with Tower Tidings mailings each month.

Jane was a lover of fine cheeses, chocolates, and bourbons, and of course - dogs, particularly Cairn Terriers, including Geordie, Fergus (Fergie), and Mollie, and most recently rescued a Shih Tzu mix, Mork (Morkie).

In her four children and ten grandchildren, Jane instilled a love of the arts, music, food, and literature.  She passed away at home on December 24, 2019, at the age of 90.