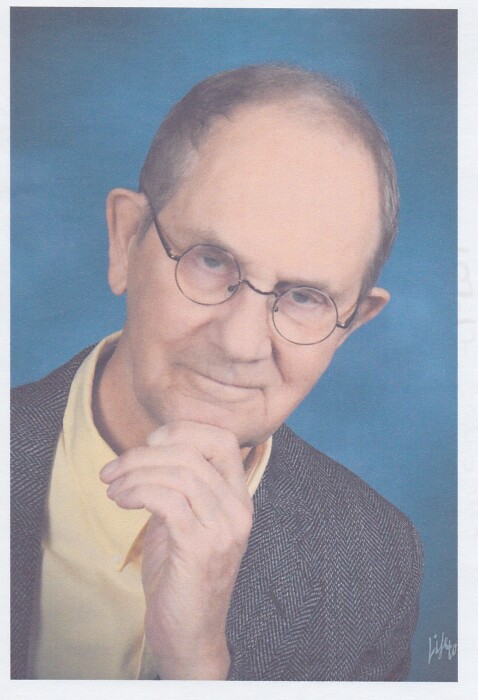 James Schuerger, born in 1932, leaves his much loved wife of 60 years, Kathleen (Byrne).  Jim and Kathleen would look at each other sometimes and ask "How did we get so lucky?"  He took delight in his children James B. (Sarah), Ann Staley (Chris), and Michael (Corey Yaklin), and in his seven grandchildren, Heidi Gonzales (Juan), Kelsey Foti (Anthony), Alex Schuerger; Kevin, Katherine, Patrick and Thomas Staley; and two great-grandchildren; Cameron Nail and Francis Foti.  Jim was the dear brother of, Richard (Virginia), Thomas (Louise), Mary Ann Zitello and the late Jerome and George.  He was a friend of Bill W.

After a few years of working as an electrician, he finished a BA at John Carroll University with a major in English.

He worked for almost fifty years as a teacher.  He taught English and Religion at Gilmour Academy for ten years, with some time as counselor.

At the university level, he continued as teacher, counselor and researcher.  He taught courses in psychological testing for more than thirty years, at both undergraduate and graduate levels.  In addition, he conducted professional workshops on psychological testing numerous times, often featuring occupational applications.  Over the course of his career, he had more than a hundred publications on topics in psychological measurement.  He is the author of the Adolescent Personality Questionnaire, and contributed chapters to several books.

He enjoyed all of it, and particularly the interactions with graduate students, some of whom became fast friends.

A  private Funeral Mass will be held, and will be live streamed for the public, on Sunday, January 17th at 9 AM, by logging on to www.OLPchurch.com.

In lieu of flowers, interested persons may contribute to the James M. Schuerger Scholarship at Cleveland State University.

To order memorial trees or send flowers to the family in memory of James Schuerger, please visit our flower store.