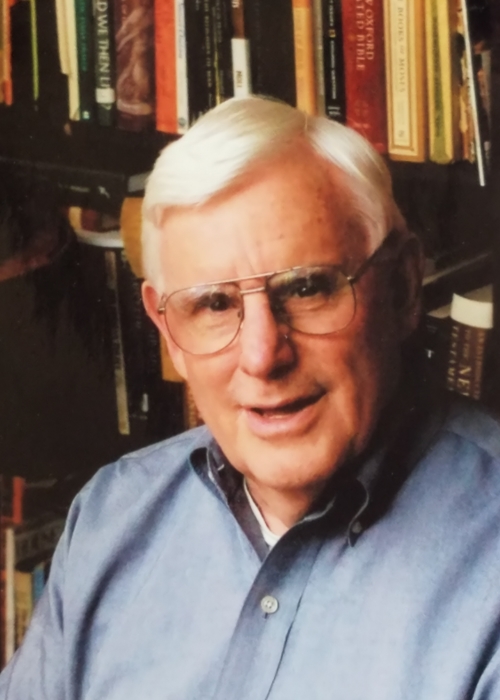 Mr. Pearce, originally from Toledo, OH, graduated from Wittenberg University ('58) and received a Masters degree in Social Work from The Ohio State University before pursuing a career with United Way across the country.  He also served in the U.S. Army Reserve,  retiring in 1995 at the rank of Master Sergeant. While living in New London CT, he was elected to the school board and served for two terms. The Pearces retired to Bratenahl where Mr. Pearce was a member of the Cleveland Grays and was an active member at Trinity Cathedral Episcopal Church,  including singing in the choir for many years.

The family prefers, in lieu of flowers, contributions may be made to Trinity Cathedral Cleveland, 2230 Euclid Ave., Cleveland, Ohio 44115, where Funeral Services will be held at 11am on Friday, November 15.  FRIENDS MAY CALL AT BROWN-FORWARD, 17022 CHAGRIN BLVD., SHAKER HTS., OH, ON THURSDAY, NOVEMBER 14 FROM 2-4PM AND 6-8PM.  Private interment, Fairview Cemetery, Galion, OH.

To order memorial trees or send flowers to the family in memory of James Pearce, please visit our flower store.