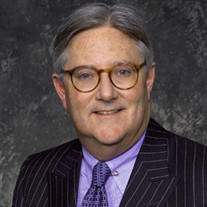 James D. "Jamie" Ireland III, a civic-minded Cleveland businessman who was passionate about promoting the arts and numerous cultural institutions in Northeast Ohio - especially the Cleveland Orchestra and University Circle Inc. - died Tuesday. He was 65.

Ireland was a former managing director and former chairman of Capital One Partners LLC, a Cleveland -based private equity investment firm that he co-founded in 1993. He was also a managing director of a private equity fund Capital One launched in 2001 called Early Stage Partners, which expanded the scope of its early stage investments into industries such as the biosciences, IT, instrumentation/controls, advanced energy, advanced manufacturing and the materials sectors.

Ireland served on the board of directors of Cleveland-Cliffs (now known as Cliffs natural Resources), a supplier of iron ore pellets to the integrated steel industry; OurPets, a publicly held producer of pet products; and several other companies funded by Capital One and Early Stage Partners.

Cleveland-born and bred, "he came back to the city his grandparents had helped build to participate in the renaissance of Cleveland", said Chris Ronayne, president of University Circle Inc. "He just came back, rolled up his sleeves, and got busy working to revitalize Cleveland. His handprints are everywhere."

"Jamie Ireland will always be remembered as an advocate for University Circle, its institutions, and Cleveland," UCI said in an online tribute. "In 2006, he co-chaired the Cuyahoga Arts and Culture levy which opened up more than $100 million to support community individual artist and arts and cultural organizations over the next decade. Never one to turn down a campaign for the good of the community, Jamie recently signed on as co-chair for the 2015 Arts and Culture renewal campaign."

Ireland was chairman emeritus of University Circle Inc. and a trustee of the Great Lakes Science Center. He also served on the boards of numerous community groups, including the Greater Cleveland Partnership, NorTech and the Opportunity Corridor Advisory Committee.

But Ireland was better known as a former president and trustee of the nonprofit Musical Arts Association, which runs the orchestra, Severance Hall and Blossom Music Center. He served as vice chair of the $116 million Campaign for the Twenty-First Century and chaired the Artistic Direction Committee that chose Franz Welser-Most as the orchestra's music director.

"As a person, he was unfailingly gracious, even humble, in spite of his stature as one of our most active and important leaders," he said. "Jamie loved the Orchestra, and he tirelessly served and passionately supported the institution. We mourn his loss, and we pay tribute to his great legacy. We will miss Jamie very much."

James D. Ireland III was the eldest of four children born to James Duane Ireland, a Cleveland industrialist and mining executive, and Cornelia Wilmot Allen Ireland, according to the Encyclopedia of Cleveland History. His step grandfather was shipping magnate William G. Mather, a founder of Severance Hall who died when Ireland was an infant. Ireland attended his first Cleveland Orchestra concert at age 7.

James Ireland III was born and raised in Cleveland, but left the city as a young man. He earned his bachelor's degree in economics from Columbia College in New York in 1972, specializing also in anthropology and East and Southeast Asian studies. He did graduate work in economics and anthropology at Columbia, taught at the graduate level at Satya Wacana University in rural Indonesia, and attended Columbia Business School before joining Salomon Brothers Inc. in New York.

He is survived by his children, James D. Ireland IV of Boston and Annie F. Ireland of Bozeman, Montana; two sisters, Cornelia Ireland Hallinan and Lucy Ireland Weller, and a brother, George Ireland.

Jamie Ireland was part of the Ireland Family, long known for supporting University Hospitals, a UH spokesman said. The former Ireland Cancer Center at UH was named after his distant cousin, R. Livingston Ireland, a prominent Cleveland businessman who persuaded Gov. James Rhodes to ask for funding from the Ohio Legislature for the cancer program at University Hospitals in the early 1980s. The cancer center was named to honor R. Livingston Ireland's efforts, and his role in UH's history is noted on a wall of what is now called the Seidman Cancer Center, the spokesman said.