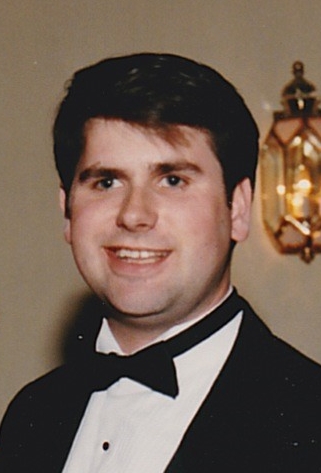 James Parks Hutcheson IV, age 51, of Cleveland, Ohio, passed away on March 10, 2022. A good guy with a great laugh and sense of humor, Jim (or Jimmy as he was known to his family) was a long-time employee of both the City of Cleveland and Giant Eagle Company. He was a very hard worker who truly enjoyed his work primarily because of the many good friends he had in both his jobs.

Jim’s perseverance, sense of humor and easy-going nature, encapsulated his lifelong mindset that allowed him to overcome the obstacles life put in his path and live on his own terms and trajectory. And, because of that lifelong mindset, he built a happy life with many friends and family that loved and will miss him very much.

Jim was a graduate of St. Ignatius High School in Cleveland and of Xavier University.  Jim was also an Eagle Scout, an achievement of which he was very proud.

Jimmy was the beloved son of the late James (“Jim”) P. Hutcheson III and the late Jacqueline (“Jackie”) Brun Hutcheson. Dear brother of Lisa Hutcheson Kozol and her husband Eric Kozol. Devoted uncle of Jacob Kozol and Eva Kozol. Cherished nephew, cousin and friend of many.

In lieu of flowers, contributions may be made in Jim’s memory to a charity of your choice.

A Tribute Service in Jim’s Memory will be held on Tuesday, March 15 at BROWN-FORWARD, 17022 CHAGRIN BLVD., SHAKER HEIGHTS, OHIO AT 5 PM, FOLLOWED BY A RECEPTION.

FRIENDS MAY CALL PRIOR TO THE SERVICE FROM 3-5 PM.

To order memorial trees or send flowers to the family in memory of James Hutcheson, IV, please visit our flower store.