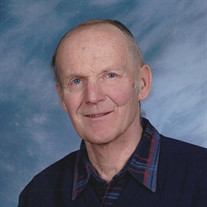 Jim completed high school in Cleveland's University School Class of 1954 and went to Dartmouth College where he graduated with a business and engineering degree. He was an avid soccer player at both schools and a member of Dartmouth's Alpha Delta fraternity (later made famous in the movie "Animal House"), where he enjoyed the animal nickname of "Badger". He remained a lover of animals and devoted dog owner throughout his life.

After Dartmouth, he served in the U.S. Coast Guard for 10 years in active and reserve duty. He worked for IBM for 10 years in Cleveland, West Virginia, and San Francisco, where he became one of the top salesmen in the West Coast. He left the corporate life (and IBM's white salesmen shirts) to circle the globe for five years. He settled on a new career as a ski instructor, which he pursued first in New Zealand and then in Sun Valley, Idaho. While living and working in Sun Valley for three decades, he supported many charities, including those caring for animals, the environment and Our Lady of the Snows Catholic Church.