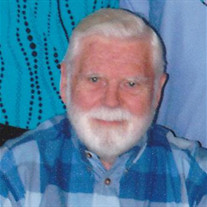 Dr. James Prentice Farmer Sr. a distinguished, retired radiologist and beloved husband and father, died July 5, 2016 at Laurel Lakes, in Hudson, OH. He was preceded in death by his adored wife of 59 years, Serene (Harrell) Farmer.

Dr. Farmer was born June 22, 1927 in Cleveland, OH, to Dr. Harry L. Farmer and Mary (Snider) Farmer. He graduated from Shaker Heights High School, Dartmouth College, and (Case) Western Reserve University Medical School and stayed involved in many alumni affairs. He completed his radiology residency at University Hospitals in Cleveland OH. He served in the US Navy in the waning years of World War II.

His entire medical practice of 40 years was spent with the Drs. Hill and Thomas radiology group based in Cleveland, OH, with whom his pioneering radiologist father had also practiced. He was a fellow of the American College of Radiology and was recognized with the distinguished service award from the Ohio State Radiological Society of which he prior served as president. He also served terms as president of the Cleveland Radiological Society and the Pasteur Club.
He married his high school sweetheart, Serene, in 1949 and they lovingly raised a family of five children in Cleveland Heights, OH. He served as chairman of the local YMCA board and was active in the Cleveland Rotary Club. Both he and his wife were lifetime members of Euclid Avenue Christian Church (now Disciples Christian Church) where he served as an elder. He headed their softball team, and sang, with his wife, in the choir for many years.

In 1974, he moved to Ashtabula County to enjoy his country home with a pond and wooded acres that bordered the Grand River. He served as chief of staff at the Ashtabula County Medical Center and served as co-chair, with his wife, of the Ashtabula County United Way Fund Drive. He also supported the Ashtabula Arts Center. He and his wife enjoyed travels to all seven continents.
He spent his widower years at Laurel Lakes Retirement Center in Hudson, OH, where he enjoyed Bible study, the Encore Chorale, and making many new friends.

To order memorial trees or send flowers to the family in memory of James Farmer, please visit our flower store.