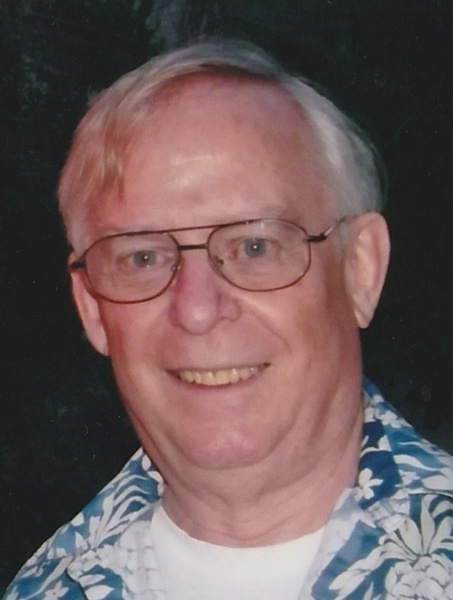 “Nobody knows the will of the Creator, but by the nature of the creation”

James W. Donald was born on August 12, 1938, to the late Marion (Kneeland) Donald and the Rev. James F. Donald.  He is survived by his brother David Donald (Carol) and sister Janet Martin.  He is also survived by his best friend and former wife, Sally Rahz Donald, and their daughters Susan Donald Roth (Mike) and Ellen Elizabeth Donald (Eric Whalen).  And of course his granddaughters, Chloe Althea Roth and Stella Blue Roth.

Rather than a traditional obituary, his daughters wanted to share a few thoughts on their Dad.

Jim Donald was a true “piece of work”.  (It’s ok – as his kids, we’re allowed to say that :) He was a man of many opinions, which he loved to share freely with anyone he met.  He was also a person who would give you the shirt off his back, or a ride to the airport – he would help lug furniture, or mow the lawn of a sick friend – without thinking twice.  He was a contrarian, and a contradiction.  And that partly helps explain why he was loved by so many different folks in our community.

Let’s start with the basics.  Dad was a veteran of the Korean War, although you never really heard him talk about it.  He worked as a Clerk in an office, and because he was never in the “theater of war” he felt like more of a supporting player in the action.  However – as was mentioned recently by a Purple Heart Army Veteran – the folks in the office were just as important as the men in the field.  Every single soldier was a cog in that giant wheel, Dad’s service included.  But you wouldn’t hear Jim Donald say that – he was humble when referring to his service.  That’s just who he was.

Dad was a graduate of the College of Wooster, and became an IT Systems Analyst back in the 60’s before it was cool.  He loved to play with computers almost as much as he liked to work on cars; of course working on computers was a better way to pay the bills in those days.  But he always loved cars – in fact he had both a Triumph 4 and a TR6 (and although he said he bought the 6 to use as parts on the 4, we know he loved them both!).  Mom and Dad would do “Alley Rallies” back in the day – driving through the alleys of downtown Cleveland, competing against other couples to see who would be the first to make it through the checkpoints and back to the starting line.  To this day, when someone asks if they’re supposed to make a right turn, we know the only answer is CORRECT!  (unless, of course, they’re supposed to make a left.  But you know what we mean...)

Jim met Sally through the Questers – a pre-cursor to the Settler’s group at Heights Christian Church.  Those folks love a good party, and Mom and Dad were always in the middle of planning a roaming pot-luck, or a costume party – really any excuse to get silly with their friends!  There was always so much love and good humor with that group, and we kids felt it growing up.  There’s nothing a good group of friends can’t get you through.  In fact, Dad was still meeting with some of the men from that group once a week for coffee, working through the challenges of their lives – but mostly just giving each other a hard time (with a wink and a smile ;)

Jim was a huge Cleveland Indians fan, with the Browns and the Cavs not far behind.  He loved to play games, and go camping and sailing and windsurfing.  But mostly, Dad loved to argue politics.  (Actually, more like Maggie Smith said in Downton Abby:  “I never argue.  I explain.”)  He was a lifelong Republican, and really enjoyed an intellectual tete-a-tete with his “Democrat” friends.  We’re not sure that anyone EVER changed that man’s mind – but it was a sport he loved.  He was passionate about the welfare of this country, and the people in it, regardless of whether you agreed with him.

But – maybe most importantly – Jim Donald was proud to be an Elder at Heights Christian Church.  His father was a Presbyterian Minister, but when Dad found Heights Christian something spoke to him – he knew it was the right place for him, and for him to raise a family.  Dad was a Deacon, a Tenor in the Choir, and the Church Treasurer; back in the 1980’s he was integral to getting the Church it’s first computers.  Dad liked to be the first one in and the last one out – and we can say with all honesty that almost every Sunday growing up our family was the one that locked the doors behind us.

So there it is.  James W. Donald was many things, to many people.  His sense of humor, sense of honor, sense of duty, and service to God – all these things defined his long life. We were lucky to have him all the way through his 82nd birthday, and are proud to honor him the rest of our lives.  We hope that you all will remember him fondly, think of the good times and forget any of the bad, and smile the next time you hear a Tenor’s voice lift a beautiful hymn.

With much love, sadness, and incredible pride,

Ps: Those who wish may make contributions in his name to Heights Christian Church, 17300 Van Aken Blvd., Shaker Hts., OH 44120

PPS: It’s our intention to throw a proper farewell party for Dad next year on his birthday.  Save the date for August 12, 2021 and we’ll raise a glass and share some stories together :)

A Funeral Service will be held Saturday, August 22nd at 11 AM at Brown-Forward, 17022 Chagrin Blvd., Shaker Hts., OH WHERE FRIENDS MAY CALL THURSDAY, AUGUST 20TH FROM 5-7 PM.  The Saturday service will also be live streamed. Those who wish may view the service virtually live streaming at (https://www.brown-forward.com/James-Donald)