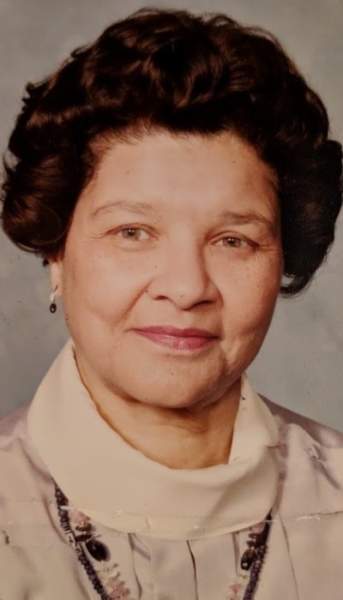 Jacqueline “Jackie” S. Tinsley, age 94, of Shaker Heights, Ohio, passed away peacefully in her sleep on Wednesday, October 31, 2018 in Smyrna, Georgia.  Born in Huntington, West Virginia on January 14, 1924, she lived in the Cleveland area from 1947 until moving to the Atlanta area in 2010.  She is predeceased by her husband of 25 years, Ernest “Ernie” D. Tinsley, Sr. and son, Ernest D. Tinsley, Jr.

After graduating college, newlyweds Jackie and Ernie moved to Cleveland in 1947.  There, she began teaching elementary school for the Cleveland Public School District and remained there until 1963.  She then began teaching with the Shaker Heights School District until her retirement in 1983.  Students who passed through her classroom remember her love of studying other countries including Mexico, Thailand and Peru.  She didn’t settle for “just the facts,” instead making sure her students were exposed to the diverse cultures of those countries.  Final projects often consisted of enjoying an authentic meal from the countries they were studying.

Though no one would have considered Jackie an activist, she and her husband played an important role in the open housing movement in Shaker in the late 1960’s.  Looking to move from their home in the integrated Ludlow area of Shaker, they found doors shutting in their faces when looking at homes in the predominately white Sussex area.  Because of Jackie’s quiet determination and with the help of a “straw buy” orchestrated by the Ludlow Community Association, the Tinsleys became the first family of color to live on Townley Road in Shaker Heights.  Their story was recounted in the August/September 2012 edition of Shaker Life.

She spent her retirement traveling the world and volunteering for her church and St. Lukes Hospital.  An avid theatre-goer, she often traveled to New York City for the weekend where she would to take in the latest Broadway shows.

The family wishes to thank her loving caregivers at Grace Senior Living and Provident Village at Creekside.

In lieu of flowers, the family has asked that donations be made to the Alzheimer's Association; www.alz.org/cleveland or 23215 Commerce Park #300, Beachwood, OH  44122.