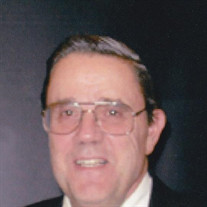 Jack was born in Amsterdam, the Netherlands, on August 6, 1936, the second child of Johannes and Cornelia Severiens. The family moved to the Dutch East Indies in 1938 but had to flee when the Japanese overran the islands in 1942. They were in the last convoy to escape safely.

Their journey to the U.S. was circuitous: first Australia, then New Zeeland, then as a lone ship across the Japanese-infested southern Pacific, finally landing in New Orleans. From there, they made their way to suburban New York, where his father had a job waiting with the Dutch Merchant Marines. They intended to return to Holland at the end of World War II, but instead stayed at the behest of a Dutch shipping company when his father's job was converted from military to civilian mode. The family settled permanently in Chatham, New Jersey

Jack graduated from Chatham High School, and received a B.A. from Harvard, MBA from the Wharton School of the University of Pennsylvania, and Ph.D. from the University of Iowa. His early career was with the U.S. Department of Commerce, but teaching was his passion. He began teaching finance courses at Augustana , a Lutheran affiliated college in Rock Island, IL. His teaching of international banking and finance provided much opportunity for travel as he accepted semester-long assignments in Montreal; Amsterdam; Geneva; Madrid; and London. He retired from Kent State University as an Emeritus Professor and ended his career as he began, at another faith-based institution, John Carroll University. He mentored a multitude of Ph.D. students during his 40-year career. After his retirement he and Ruth traveled extensively.

He met Ruth, his beloved wife of 56 years, at the University of Pennsylvania. They have three daughters: Karen, Kirsten, and Erica, of whom he was immensely proud. Kirsten added our "son" Tom to the family. Jack was a devoted Opa to Carlton, Evan, Cody, Schuyler and Sarah.

He was a talented amateur pianist and singer. One of his most enjoyed volunteer activities was playing the piano for residents of the assisted living unit at Judson Park. He was also a member of the Singers' Club of Cleveland, and church choirs. Every year he used his expertise as a volunteer tax preparer for AARP. At the time of his death he was an active member and treasurer of the Rotary Club of Shaker Heights. He was a person of deep and unwavering faith, which he practiced to the end of his life. He succumbed after a year of deteriorating health.

To order memorial trees or send flowers to the family in memory of Jacobus Severiens, please visit our flower store.