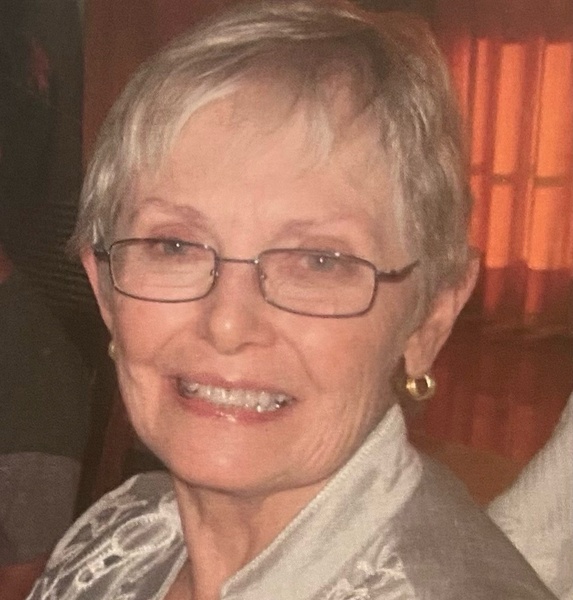 Irene Smith passed away from progressive neurologic disease on July 23 in the company of family in Oberlin, Ohio. She was the devoted wife for over 50 years to her high school sweetheart, David Smith, who predeceased her in 2015. She is survived by their children and their spouses: Greg Smith and Kerry Connell (New Canaan, CT), Ellie and Walid Khuri (Washington, DC), and Claire and Todd Posius (Cleveland, OH).  She adored and was cherished by four grandchildren: Shea and Delaney Smith, and Anthony and Helen Khuri.

Renie was born to the late Dr. Richard and Loretta Stifel in Shaker Heights, OH. She attended Shaker Heights High School and then studied at Wellesley College, where she earned a B.A. in Mathematics in 1962. She formed close and lasting friendships at both schools, and Renie was a proud and active Wellesley alumna lifelong.

After college, Renie used her mathematical talent to work at IBM as one of the first women at the company, as highlighted in a 1960s Plain Dealer profile about Renie’s pioneering job.  During their early married years, Dave pursued academic studies around the country. Renie enjoyed their many adventures from coast to coast and took advantage of the opportunity to work in multiple IBM offices -- including in Cleveland, Philadelphia, Los Angeles, and Boston. But their favorite location was Cleveland, where they moved back to raise their three children.

Renie returned to her work with computers in the 1980s when she recognized a need for laypeople to understand how to use early personal computers. She hosted classes in her home teaching personal computing to neighbors and friends. She also worked as an instructor of computer skills at Sawyer College of Business, where she made strong and fulfilling connections with her students.

Over the years, Renie has volunteered in various roles for numerous organizations.  She has always been generous with her time and determined to use her intellect, management skills, and initiative to make a significant impact on the organizations she joined. She held leadership positions at the Oregon Museum of Science and Industry, the Cleveland Wellesley Club, the Laurel School Parents Association, and the Intown Club.  Additionally, she was a committed parishioner and Deacon at Fairmount Presbyterian Church, an enthusiast of the Cleveland Orchestra, and an insightful contributor to her book and garden clubs.

Renie was deeply nourished by her love of animals and the outdoors.  The Smith home was always full of pet animals, and Renie found opportunities to be around horses throughout her life -- from childhood riding lessons and stable jobs to Smith Family dude ranch vacations in Montana, to lifelong weekly trail rides in the Cleveland countryside.  When at home, Renie was usually walking her dog in the neighborhood or tending to her beautiful garden.  In retirement, Renie and Dave traveled the world together, visiting family and friends. But they always loved to come back to Chatfield Drive in Cleveland Heights, their home of 40 years, and their neighbors who became many of their dearest friends.

Renie opened her home and heart to family and friends of all ages. Many of her children’s friends and peers remember being “adopted” by the Smith family.  Renie was happiest with their swimming pool full of neighbors and with a full house of family and friends for whom she could bake her chocolate chip cookies or famous cupcakes.  Renie will be remembered by so many for her generosity and her caring nature.

In lieu of flowers, contributions may be made in Renie’s memory to the Natural Resources Defense Council (www.nrdc.org) or the Nature Conservancy (https://www.nature.org/en-us/). Memorial services will be held at a later date. Details will be published at www.brown-forward.com.